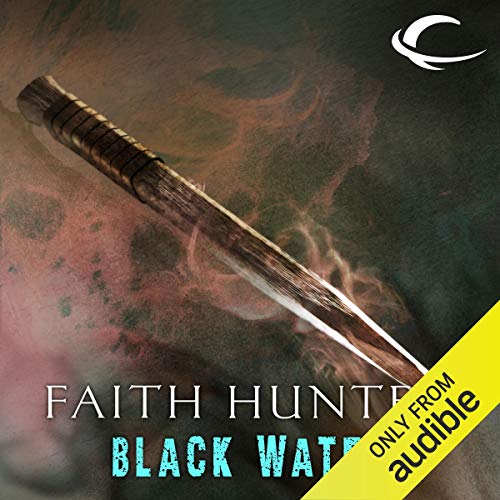 When Jane killed a small pack of marauding werewolves, she had no idea that the female had a brother in Angola prison. John-Roy Wayne swore vengeance, escaped prison, and kidnapped two young women. Jane has no choice but to go after the human, who is far worse than she ever expected.

Short story which adds to the JaneYellowrock world

Short story with excellent narration as usual. Would have made more sense if I had bought and listened to Beneath a Bloody moon first as the events follow on from that story

I purchased several of these short stories..not very expensive it's true BUT there is a book where all 13 stories are combined. A much better deal for the Jane Yellowrock fans out here.

I read 'Cat O'9 tales' about half way thru the series but I really wish I's read it earlier. A lit of background is in these short and sweet stories + a couple of 'novella' lengths.

This is a fun short story, but be aware that it is an extract from one of the other books, not a new story.
Also be aware that while some of these 'shorts' are an hour or more long, others are rather less than that.
Very enjoyable listen anyway!

This is another must have story for a devotee of the Jane Yellow-Rock series. Hence the five stars.

Short and sweet. Jane Yellowrock deals with some unfinished business after she killed some werewolves.

This was a good, quick little short. It’s a follow up to “Beneath a Bloody Moon”. It’s action packed, full of Jane being Jane and running off to help the people in a small town. She’s already there for her own investigation when Rick calls, making it another favor her big cat owes her.

We have a little action, a little blood and a good book to read. I loved it.

This was such a surprise. I found these books and thought they were just more stories about Jane in New Orleans. I had no idea what a treasure trove I had found and what I was in for. I was so happy at the end of my first book to find that these were stories of Jane’s history and how some of her backstories played out that are just referenced throughout the series. I also enjoyed hearing the stories from Molly’s perspective. It was money and time well spent.

Some jobs just need a little cleaning up

Would you consider the audio edition of Black Water to be better than the print version?

Only have audio version

What other book might you compare Black Water to and why?

Beneath the Bloody Moon, is the prequel to this book and allows you to see what happens sometimes after a case is maybe done.

Where Jane goes to Sarge , Peapea, and his wife Chris and asks the old loner werewolf to help help catch the kidnappers of two young women.

When Jane finds the couple that run the inn, alive and well, it made me laugh with relief.

Good ending to this story and the above referenced. Both books should be read together.

This is the third time I've listened to this short. There are a lot of stories that can branch off of here. What is Christibell? Comparing her prayer to Jane's. This is also, chronologically, our introduction to the light beings.

This is a follow up to the last short where Jane left one loose end. Faith Hunters short stories are always great. I am feathering them in between my longer reads, but I can't wait to get back to the next one.

I really love listening to these shorts. Especially this one. Jane and her team are awesome. This was such a bargain!