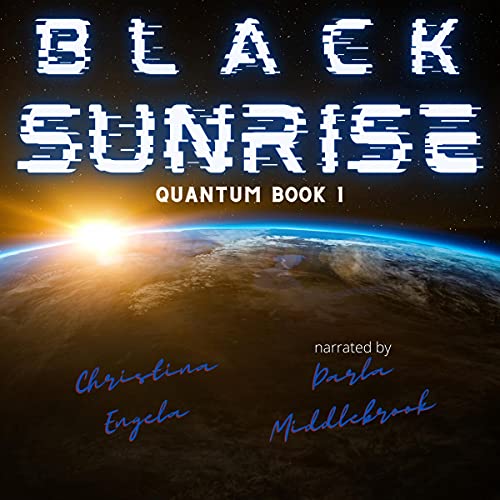 By: Christina Engela
Narrated by: Darla Middlebrook
Try for £0.00

Cindy-Mei, who until recently had been Agent Winter, CIA - that's Colonial Intelligence Agency - had been one of their best agents...that is, until they threw her out for coming to work in a dress.

After that disappointing and sudden end to what had been a promising career, Mei rewarded herself with a long, relaxing vacation in the outback to celebrate her gender reassignment and her new start in life. The first stop on her journey turned out to be a little backwater planet called Deanna....

As a third-rate colony in the Terran Empire, Deanna had more than its fair share of dull moments.... Dull - but also definitely weird.... Deanna orbited a star called Ramalama - and if you think that’s funny, Deanna’s two moons were called Ding and Dong, respectively. (This was a local joke.)

When a single Ruminarii Hammerhead - the first seen by Humans in more than 80 years, arrived to invade the small backwater Terran colony of Deanna, rather than cowering in their basements or running away, the ordinary people of Atro City headed to the spaceport to meet the aliens when they landed - and grabbed anything remotely resembling a weapon on the way out the door!

As bombs fell on Atro City, Cindy-Mei found herself in exactly the right place at the right time - but what should she do? She'd hoped to put her violent and somehow depressing past behind her, but now it seemed her new beginning (and her holiday) were going to have to wait! The Gimp were back, and this was no time to be a sissy! She faced seemingly insurmountable odds in the midst of panic, hysteria - falling sherry - and people hiding under furniture! What would she do?

Thankfully, with the assistance of an alien walking, talking plant called Fred, a local bounty hunter called Beck the Badfeller - and the Skeggs Valley Dynamite Fishing Club, she wouldn't have to find out alone.

Black Sunrise is the first book in the Quantum series by Christina Engela.

What listeners say about Black Sunrise