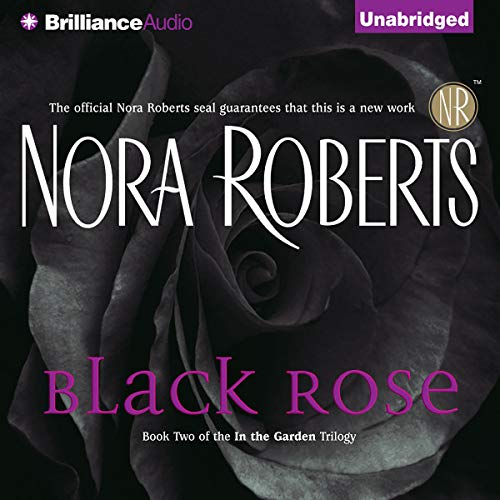 By: Nora Roberts
Narrated by: Susie Breck
Try for £0.00

A Harper has always lived at Harper House, the centuries-old mansion just outside of Memphis. And for as long as anyone alive remembers, the ghostly Harper Bride has walked the halls, singing lullabies at night.

At 45, Rosalind Harper is a woman whose experiences have made her strong enough to bend without breaking - and weather any storm. A widow with three grown sons, she survived a disastrous second marriage, and built her In the Garden nursery from the ground up.

Through the years, In the Garden has become more than just a thriving business - it is a symbol of hope and independence to Roz, and to the two women she shares it with. Newlywed Stella and new mother Hayley are the sisters of her heart, and together, the three of them are the future of In the Garden.

But now that future is under attack, and Roz knows they can't fight this battle alone. Hired to investigate Roz's Harper ancestors, Dr. Mitchell Carnegie finds himself just as intrigued with Roz herself. And as they begin to unravel the puzzle of the Harper Bride's identity, Roz is shocked to find herself falling for the fascinating genealogist.

Now it is a desperate race to discover the truth before the unpredictable apparition lashes out at the one woman who can help her rest in peace.

"[A] warmly appealing heroine, resolutely finding her path through a midlife romance that is more complex and hard-fought than 20-something love." (Publishers Weekly)

"Susie Breck has a beguiling way of reaching into stories and making them come alive with her flawless performance." (AudioFile)

What listeners say about Black Rose

Ghost on the rampage amidst the fragrant flora

These books just get better and better. I immediately dug into Black Rose upon the completion of Nora Roberts' 1st in this series, Blue Dahlia. Black Rose focuses on Roz Harper, the matriarch of the Harper extended family and owner/gardener extraordinaire of In The Garden Nursery - a business about which I might have fantasized had I known it might ever exist. A sprawling garden shop, offering all aspects of floral cultivation on the ancestral homestead (besides the huge and elegant home and warm, cozy cottage where her grown son Harper lives).

Didn't really get enough about Roz in the first book, so I was delighted the second locked in on her trials, tribulations and triumphs - A very feisty, generous and caring women with a green thumb that knows no bounds.

A gardener's delight, an inspiration for those who have never gotten dirt under their nails, a lovely glimpse into Southern culture and a gripping mystery, with a surprising amount of humor thrown in.

A very fun romp of a listen indeed.

Nora Roberts is the best

Rosalind is the type of woman you seldom if ever get to meet. Who takes in 2 strangers based on nothing but a gut feeling!

What confidence she has. She's had it hard but her life is now falling into place and she deserves to be happy.

The Harper bride almost keeps you up and makes you thankful she isn't with you!

Nora again - your research and insite you offer make these a have to read not a want to read!

Had a devil of a time with Susie Breck

Could not get past the first chapter

Would you ever listen to anything by Nora Roberts again?

I will be sure Susie Bre4ck is not the narrator.

Who would you have cast as narrator instead of Susie Breck?

will probably read this book myself as I know Nora Roberts is a very excellant writer.

Liked the most: There is life after age 50, and life after loss.
Liked the least: the narration

Loved the garden and all things related to the garden, plants, etc.

Narrator was mediocre at best, tolerable women voices (only tolerable), but down right painful male voices. Took about an hour and a half before I could ignore the narrator enough to quit thinking I'd have to stop listening to this book.

Roz the business owner and home owner where everyone lives in book one really develops here. You see here really embrace trying to find out who this mysterious ancestor that is haunting her home and business so to speak.

I love the usage of the garden theme in the story because the author works different flowers in to represent each character who is developing in the three books of the trilogy series.

In this book, you learn more about Roz and realize she's not as "hard" as you originally thought in book one. You learn about what makes her tick and a romance develops between her and the "investigator" who is an absolute hoot - messy and terribly unlike Roz.

The author was great in letting us here some more about how Logan and Stella are doing. You still hear about the boys and Hailey and Roz's son. You meet Roz's ex husband who is a scum bag and you finally realize his true nature.

This story helps you learn more about the characters and lets real life play out at a natural pace without hurrying the zenith of the story.

At the end of this book, book 2 in the series, you are sad that you have only one last book to read or listen to....it is a beautifully written life story with a mix of mystery and you love ancestry you'll love this series.

I enjoyed this book as much as or maybe even more than the first (Blue Dahlia). This is a very interesting series with a good narrator. If you like any of Nora’s other series I’m sure you will like this one also. It is typical Nora (which is not a bad thing at all).

2nd in the series. Excellent!!! A must to listen to.

I love reading Nora Roberts books. I reread them often. this series is special to me and I will reread it again.

book 2 of a ghostly southern romance

The book will stand alone but to get the full impact of the story you really should read all three and in order. Nora Roberts spins a delightful tale of love and romance for a second time around love mixed in with high society southern cultures and ghosts.