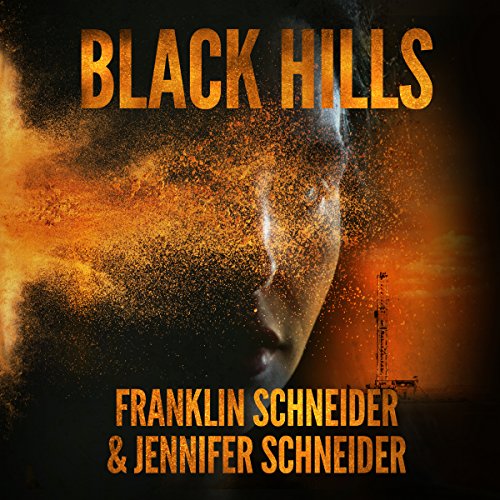 When Brooklyn private investigator Alice Riley reluctantly travels to Whitehurst, South Dakota, to investigate an assault charge against her ex-boss's husband, she discovers more than just a tawdry small-town scandal. A surveyor for the local fracking operation, the accused was leading a dangerous double life - shacking up with a prostitute named Kim and overindulging in Whitehurst's deadly new drug, a powerful stimulant called "devil dust."

Out of her element in this badlands boomtown, Alice joins forces with the street-smart Kim, whose connections open doors some in town would rather keep closed. Working together, they descend into the heart of the local drug trade, unraveling a decades-old conspiracy that reaches to the top of Whitehurst's social strata.

As Alice comes closer to cracking the case, however, people around her start disappearing. With the case and her life spinning out of control, Alice embarks on a single-minded, dust-fueled campaign to expose the truth - an effort that will take her to the darkest places imaginable.

I'm kinda of torn on how I feel about this book, it was dark and gritty, lots of bad language and the darker side of life. drug use, prostitution, murder, but I listened to the whole book, so it held my attention.

To be fair, this book is not what I had expected. I had expected a mystery with a likeable protagonist who overcomes all odds by doing the right thing, perhaps in unorthodox ways. Not a cozy certainly, but a straight up mystery that was fun to listen to.

This is a straight up crime noir novel where everyone is tinted in various shades of grey from morally vague to downright evil. I am not sure if there was any character that you would want to meet if you could. Probably the most likable character is a junkie hooker that is trying to help the man whose marriage she was breaking up.

That said, this was not my kind of a novel. It was technically written very well, but the subject matter and characters left me cold. If you enjoy this type of crime noir storytelling, then by all means get this book. If you want something with a more positive outlook, you will want to look elsewhere.

I have lived in SD all my life, and I am not a fan of stories set in South Dakota, and written be an author who has obviously not lived in SD for any length of time. As an editor I can appreciate a wall written story, good Grammar makes both reading and listening makes the story easy to follow and to listen to the story. I am also not a fan of lesbian drama, as it takes years of experience (Takes on to know one) to write a good lesbian drama. I've lived, loved, and tragically lost a partner. And I still can't write about it.