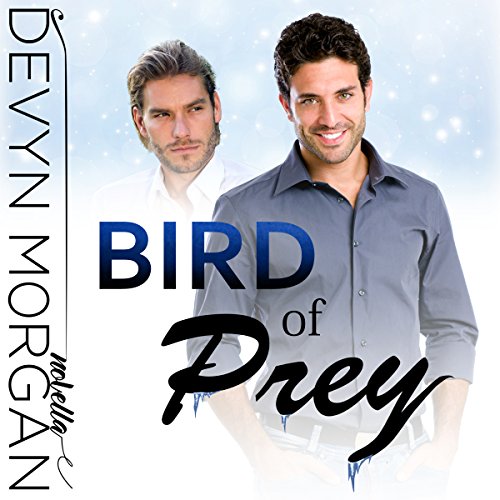 By: Devyn Morgan
Narrated by: Joe Formichella
Try for £0.00

Gary escaped his fundamentalist family and their crazy church. Pittsburgh, snow, and no job prospects turns fishing coins out of fountains for food into a painful chore. While job-hunting in the busy downtown, Gary gets almost knocked down by some self-important suit. As they grapple, trying not to fall, Gary does the unthinkable.

Running late again, Adrian weaves his way through the crows to a critical meeting. A bump, a jostle - he almost landed on the ground, and too bad he’d been so brusque with the tall-and-handsome who kept him from crashing to the sidewalk.

Except the tall-and-handsome also picked his pocket, and with it, his all-important phone.

Hoping to lure the thief and get his cell phone back, Adrian sends a text. When the tall-and-handsome arrives, Adrian realizes they have a lot in common.

And the looks they trade threaten to incinerate his paperwork.

What listeners say about Bird of Prey

the narration ruined it

I really struggled with the narration, I sounded like an old man trying to be young