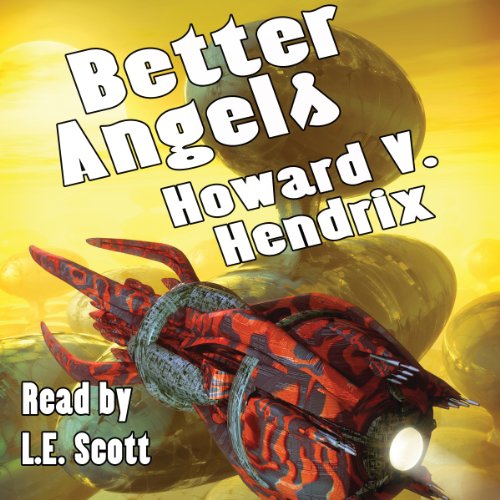 With his astonishing future vision, Howard V. Hendrix has emerged as one of the new masters of science fiction, drawing extraordinary praise for his debut novel, Lightpaths, "a taut...space-age slice of life." (Publishers Weekly), and its "brilliant" (Locus) follow-up, Standing Wave.

Now Hendrix meshes virtual reality, deep-space exploration, and human nature in a novel starkly breathtaking in its portrayal of the quest for meaning against a backdrop of scientific and spiritual chaos. Spanning the first part of the 21st century, Better Angels revolves around the mystery of an ancient, alien artifact resembling an angel's shoulder blade, and the transcendent effect it has on five people, whose lives and relationships lead to - and are forever altered by - its discovery.

What listeners say about Better Angels

If there was a story in this, i didn't find it. Seemed random, could not make head nor tail of it
not interesting.