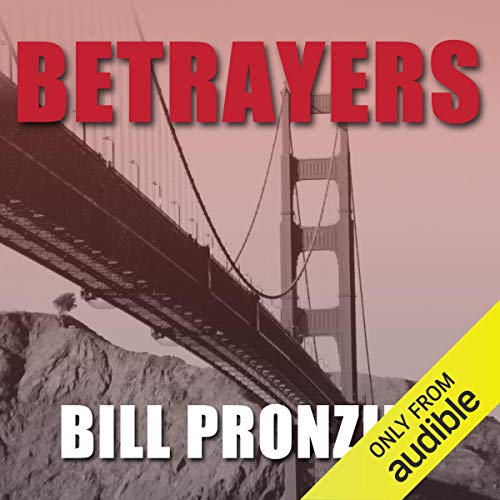 By: Bill Pronzini
Narrated by: Nick Sullivan
Try for £0.00

For each of the detectives at the agency, a betrayal becomes not only the driving force behind an investigation, but the source of the kind of resolve that cannot be derailed by threats. Tamara’s case began as something personal but explodes as an investigation of her former lover leads to a scam that cheats charities. For Nameless, trying to find out who is manipulating an old woman only exposes the ugly side of family. We’re told that there are seven deadly sins. Not on the list is the deadliest of them all: betrayal.

What listeners say about Betrayers

As much as I like the work of Bill Pronzini, I was disappointed by this novel. Readers who are familiar with the books by Pronzini and especially the Nameless Detective stories, will immediately recognize some of the plots. And yes, these plots have been used before (to good effect) in some short stories from CASEFILE, that had Nameless as the detective but one of them is now given to Nameless associate Jake Runyon, another one by Tamara Corbin. The three stories (plus another one that is not very interesting) are not well stitched together, there read better separately. It is a bit of a mixed bag. Still, the stories have a lot of San Francisco atmosphere and are narrated very well by Nick Sullivan. But this is not a novel but a patchwork of earlier published material. I expected more.