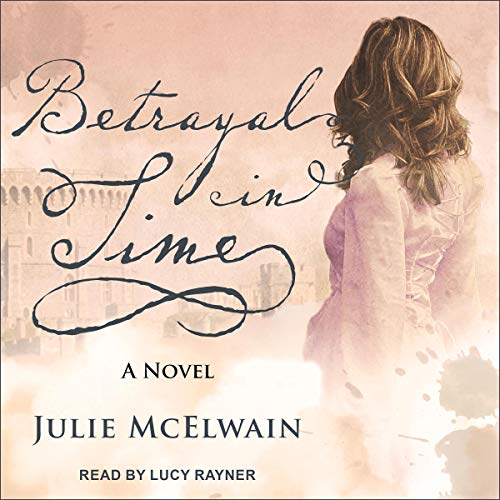 February 1816: A race through the icy, twisting cobblestone streets of London ends inside an abandoned church - and a horrific discovery. Bow Street Runner Sam Kelly is called to investigate the grisly murder of Sir Giles Holbrooke, who was left naked and garroted, with his tongue cut out. Yet as perplexing as that crime is, it becomes even stranger when symbols that resemble crosses mysteriously begin to appear across the dead man's flesh during autopsy. Is it a message from the killer?

Sam turns to the one person in the kingdom who he believes can answer that question and solve the bizarre murder - the Duke of Aldridge's odd but brilliant ward, Kendra Donovan.

While Kendra has been trying to adapt to her new life in the early 19th century, she is eager to use her skills as a 21st-century FBI agent again. And she will need all her investigative prowess, because Sir Giles was not an average citizen. He was one of England's most clever spymasters, whose life had been filled with intrigue and subterfuge.

What listeners say about Betrayal in Time

Narrator has changed pace and great at normal speed

It would appear that the narrator has finally sped up a little and to my surprise, I was able to listen at normal speed and she read superbly, all the characters and voices are still bought to life and the series so far has been brilliant!!

Bravo Julie McElwain, so hope there are many more of these to come!!!

enjoyed all 4 books in this series....is there going to be a 5th? I hope so.
Allison

i love this series! Love the narration, can't wait for book five to hit my audible bookshelf!

There is love, intrigue, and survival. this book kept me sitting at the edge of my chair the whole way through. I wondering what was going to happen next.

I'm enjoying the series. It can be a little over the top on the women's liberation theme, but the overall read is enjoyable.

Did Evert come back two years ago or two weeks ago? couldn't stop listening though

while i was hope for a different ending Ms McElwain did not disappoint! i cant wait for next Kendra Donovan installment!