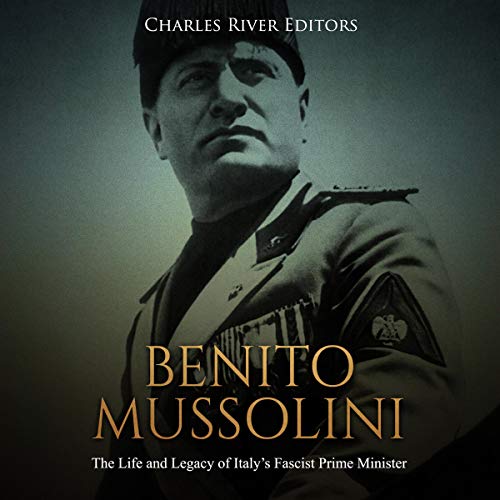 It’s easy to forget how young Italy was when Benito Mussolini was born on July 29, 1883. It is hard to conceive a territory with such a long and ancient history was once young and troubled with constant conflict and instability. Similar to Germany, Italy was unified in 1861, but contrary to its northern cousin, its previous history was one of separation. Italy had no great romantic idea of a “Great Germany”, keeping it unified even during the wars between city-states.

Benito Mussolini was born and raised in a highly volatile environment where ideas already considered extreme by most contemporary observers, such as socialism, would undergo a deep and violent transformation. Mussolini would ride that wave to power, and he would hold it for decades as he opportunistically tried to strengthen Italy's position and empire. That would lead him to foreign interventions in Africa and eventually an alliance with Nazi Germany's Adolf Hitler, ultimately costing him everything and devastating his country throughout World War II.

Mussolini’s final act was an attempt to flee his fate. On April 25, 1945, he was able to move about without German interference as the Allies advanced. He wore a German uniform to hide his identity and tried to march north with retreating troops, thinking he would find a way to freedom from Germany, but an armed force of partisan troops stopped the column on April 27, 1945. Mussolini was immediately identified, captured, and briefly jailed along with his lover, Claretta Petacci. There was no great trial waiting for Mussolini and no last moment under the spotlight. The partisan troops organized a show trial to give the proceedings some sense of legality, and on April 29, 1945, they took Mussolini and Claretta out of jail. The Italian dictator was shot, along with his lover, after which their corpses were brought back to Milan's Loreto square and hung by their feet. The very next day, Hitler would commit suicide in his bunker in Berlin, and the fighting in Europe would finally come to an end a little more than a week later.

Benito Mussolini: The Life and Legacy of Italy’s Fascist Prime Minister profiles one of the 20th century’s most notorious leaders. You will learn about Mussolini like never before.

What listeners say about Benito Mussolini