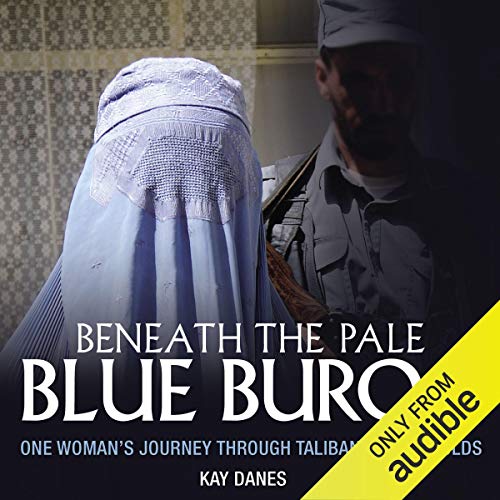 Beneath the Pale Blue Burqua

On September 11, 2001, the world changed forever when ruthless Al-Qaeda terrorists launched an aerial attack on the United States of America. Oblivious to the world's terror, Kay and Kerry Danes sat half a world away, secure in an embassy after a terrifying 11-month hostage ordeal in communist Laos. As fear gripped the globe, Kerry, an Australian Special Forces soldier, comforted his wife, Kay, as they struggled to come to terms with their hellish ordeal of torture, mock executions and the helplessness of leaving behind 58 political prisoners of a long forgotten war. The couple's hopes focused only on seeing their children again.

In the years after regaining their freedom and working to re-piece together family life, Kerry returned to active duty with the Special Forces, and Kay turned her dark experiences towards creating social justice, over the years becoming a leading international humanitarian. In November 2008, amidst haunting memories of her Laos ordeal, Kay faced her fears and embarked on a humanitarian aid mission to deliver life-changing opportunities and aid to people devastated in war-torn Afghanistan. In an old dusty Toyota mini-van, armed only with hope, Kay and her companions, a florist from Arizona, a nurse from Texas, a public servant from Australia and a US Marine Korean War veteran, drove the ancient Silk Road amidst kidnappings, suicide bombings, carnage and chaos. This powerful story will have you gripping your chair and holding your breath as you travel with Kay through Taliban strongholds and the remote wastelands of Al Qaeda terrorists. Her story provides a rare glimpse of places we may never visit and the courageous Afghan people determined to persevere against overwhelming odds. Beneath the Pale Blue Burqa is a truly inspiring journey and an important contribution to the selfless efforts of all who have gone before to brave the perils of Afghanistan. Including a foreword by Afghan Ambassador to the Islamic Republic of Afghanistan.

What listeners say about Beneath the Pale Blue Burqua