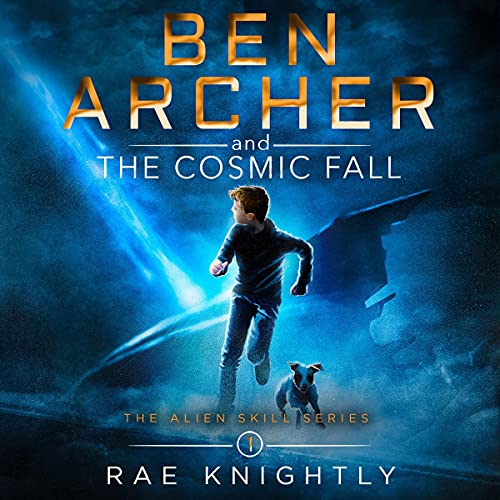 Ben Archer and the Cosmic Fall

A boy with an alien power.

“The thing is, it wasn’t meteors that fell into the woods that night. It was alien spacecraft”.

When UFOs crash into the fields next to his grandfather’s house, 12-year-old Ben Archer becomes a cumbersome witness in the eyes of the government. Not only that, but Ben discovers he has been entrusted with an alien power, the significance of which could jeopardize human life on Earth.

Government agents rush in to remove all evidence of spacecraft and extraterrestrials. The media are led to believe meteors fell in the area and they dub the event "The Cosmic Fall". But when Ben's involvement comes in the spotlight, he is forced to flee with the sole survivor of the crash: An alien man called Mesmo.

And while the destinies of boy and alien become inextricably linked, one question hovers above their unlikely friendship: Why did the aliens come to Earth in the first place?

The Alien Skill Series is a science-fiction adventure series for teens. Listeners who enjoy The Proto Project or Crime Travelers will enjoy this fresh, age-appropriate story with a sci-fi twist the likes of A Wrinkle in Time and Animorphs. These middle-grade audiobooks have won the hearts of young and old alike, turning them into a best-selling, award-winning coming-of-age series filled with alien powers, hidden enemies, shape-shifters and a thought-provoking glimpse into the way we treat our planet.

What listeners say about Ben Archer and the Cosmic Fall