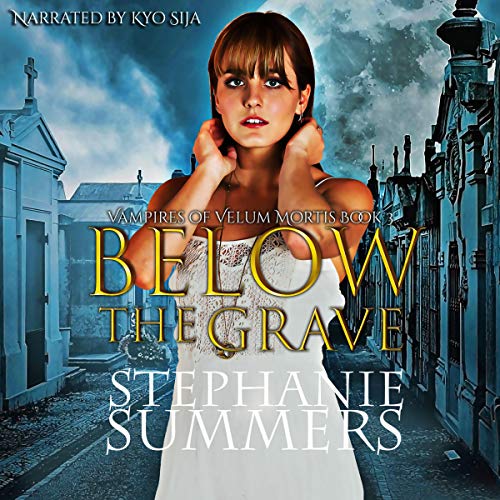 By: Stephanie Summers
Narrated by: Kyo Sija
Try for £0.00

A fairy hybrid determined to escape an arranged marriage. A vampire cast out from his kind, longing for the love of his deceased mate. An ensuing war that will compel them to look past hatred and lies to find the love they both so desperately need.

I’m Fiona Kelly, a human-fairy hybrid with a healthy hatred for my supernatural half. My life was turned upside down when shortly after I lost my fiancé, a man showed up at my doorstep claiming to be my fairy father with a life all laid out before me. If I didn’t go quietly with him, I wouldn’t go anywhere ever again. Now I’m betrothed to a man I have no feelings for, living a life I don’t want, and longing for the day when I’ll be able to get away. nb

He’s a vampire. I’m a fairy. I was never meant to have these sorts of feelings for a man like him, so then why does my body betray me every time he’s near?

I’m Lucien, banished brother of the vampire king and all-around bad guy, or so that’s what they’d all like to believe. I hate fairies, but when one shows up at Club Dead claiming she has my brother’s child and news of an imminent attack on my kind, I don’t have much choice but to trust her for the sake of my niece and a brother I reluctantly still care about.

She’s a fairy. I’m a vampire. I should be tearing her throat out, so then why do I find myself falling harder and faster than I ever thought possible?

Scroll up and hit Read Now to find out if Fiona and Lucien can look past their differences and find the kind of burning love they both crave!

Below the Grave is an adult vampire romance. It contains mature content, adult language, and violence. Though this is the third book in the Vampires of Velum Mortis series, it can be listened to as a standalone.

What listeners say about Below the Grave