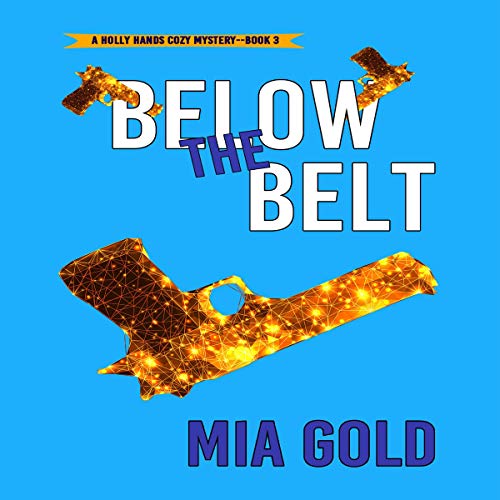 Below the Belt is book three in the Holly Hands Cozy Mystery series, which begins with Knockout, book one. Fans of Janet Evanovich's Stephanie Plum and Jana DeLeon's Miss Fortune will find a new character to love in Holly Hands!

Holly wonders if it’s a joke when she’s assigned her new job: to repo a helicopter. She can’t fly. She doesn’t even like heights. Yet where there’s a will, there’s a way. Holly can handle anything - as long as another dead body doesn’t come with it. Unfortunately for her, it does.

Luckily, Holly has Lucky by her side - a neglected pit bull she found on the wrong side of a job, who refuses to leave her side - and who, like her, has nowhere to go but up. Together, maybe they can crawl their way out of the urban hell of their bad slice of Baltimore, where coming home at night is even more dangerous than going to work.

Maybe Holly can manage to get her young daughter the medical treatment she desperately needs, and manage to get her out of her dangerous public school and into the private school of her dreams. Just maybe, she can fall in love with that private-school dad from the other side of town and start a whole new life.

Life has never been easy for Holly. And if the past few days are any indication, it’s about to get a whole lot worse.

Below the Belt (A Holly Hands Mystery) is book three in a riveting new cozy-mystery series, a pause-resisting thriller that grabs you from the first word and does not let go. Get ready to find yourself listening all night, bleary-eyed, and falling madly in love with a new character who will fight her way into your heart.

What listeners say about Below the Belt