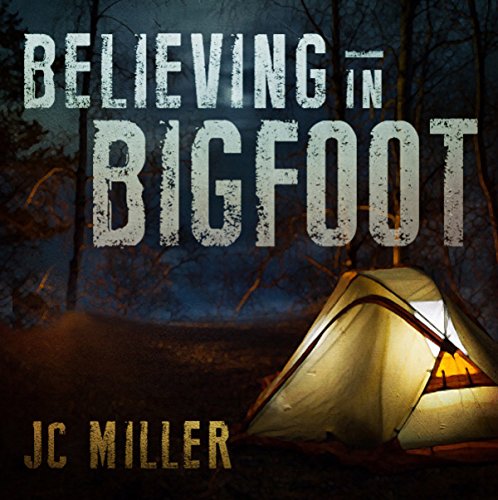 Reeling from his failed comeback and ruined marriage, washed-out actor Ian James (née Isaac Janowitz) flees Los Angeles for a two-week respite in Northern California's remote Marble Mountains - Bigfoot country. His time alone in the wilderness begins to peel away the layers of his Hollywood persona. After a fateful meeting with a beguiling woman, Ian begins to question his heart. In a moment of clarity, Isaac ditches his publicist and finds himself in Redding, living with invisibility at the Vagabond Motel.

Professor Ruth Hill is burnt out teaching photography at Redding's Shasta College, eager for her upcoming retirement. But for unexplained reasons, despite weekly therapy sessions, her panic attacks have escalated. Her artistic slump persists. Looking back, she regrets a life without risk; looking forward, she dreads a meaningless future. Going over her proof sheets one morning, she stumbles upon a series of striking thumbnails, reigniting her passion and creativity.

Listeners will root for Isaac and Ruth as they grapple with their chance encounter on the mountain and search for meaning in their repellent, yet intense attraction. Their paths do cross again, but when confronted with the possibility of enduring love, Ruth's cynicism creeps in; Isaac's self-defeating beliefs take hold. For these two damaged souls, it just may be too late.

This is a family story, one which I unexpectedly warmed up to: Ruth is a formidable woman, with a soft side, in the prime of her life. This is her story, the story of her path of rediscovering her creativity and passion, venturing beyond the limits of her comfort zone and navigating her post retirement life. Most of which is triggered by a recent trip to the mountains. This fictional tale is a love story, at heart, and also explores friendships, grief, loss and motherhood.

It's a tale of endurance and patience in the face of hardship: the best comes to those who wait was the common thread binding the story together. I agreed with the message but was annoyed by Ruth's often passive nature. She wasn't old fashioned to any degree but she frequently became upset that her lover didn't call her as he said he would. For a woman quite confident in her feelings for him, her excessive self pity, and failure to even think to call the man she was so obviously in love with, didn't seem consistent. It seemed too immature on her part, she didn't at any point think to question his welfare after he disappeared from her life and failed to show up for a date they had planned. I guess love always tends to have people behave irrationally, at least in literature... In equal parts unfortunate and annoying- for both the reader and those in love, I imagine.

I did, however, appreciate the writing, the descriptions of the peaceful landscapes of a Californian ranch and the mountains were especially commendable. The narration, as performed by Gary Galone, was at times entertaining but also suitably serious. This was very fitting for the story on the whole, which I enjoyed for the most part. What this book lacks in humour and often maturity, it abundantly makes up for in simplicity, and realism.

I received this book from the author for review consideration.