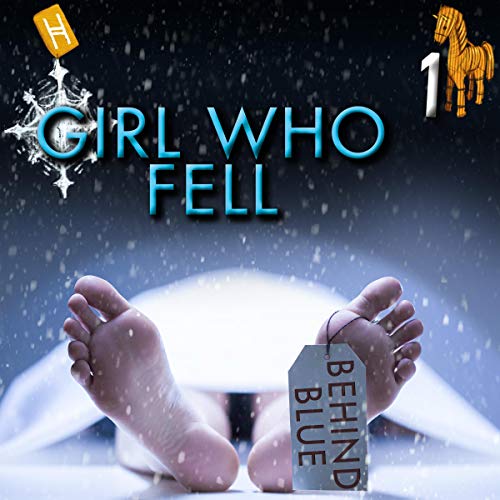 By: Raechel Sands
Narrated by: Rebecca Reed
Try for £0.00

Maybe she ran because he beat her. She’s the face that launched a thousand ships. And she’s back.

A wacky, compelling, no-holds-barred saga that dissects the world of espionage as never before.

In London, MI6 wants a perfume munition containing a weaponised virus - and engages a psychopath to coerce its Russian inventor. Meanwhile, an Irish translator on their Russia Desk is reading Ulysses on a stake out.

"Sure everyone must pretend to read Ulysses,” she mused.

The power was still out but, being in the window, she could see the page. The character in the novel, Mr. Deasy, had been pinching the wings of his nose, and variously slagging off Jews, women - and Helen of Troy:

A woman brought sin into the world.

For a woman who was no better than she should be,

Helen, the runaway wife of Menelaus,

ten years the Greeks made war on Troy.

“And here he is: this Ulysses, this tricksy man - Mr Metapox. Creator of a deceitful monster, the ultimate Trojan Horse!”

Nearby finished her Virgin Mary, set the glass down, and closed her paperback of Joyce's classic. She looked at Grinin; she looked at Blanka; but she thought of Helen.

“I wonder what sort of queen she was…?” Her mind ran on.

"A superb and chilling debut. CIA field agent Blanka fights to save the family of Russian virus-warfare expert Grigori Grinin, while rogue spy Felicity repeats the chilling mistakes of her past life as Josef Mengele." (Soul & Spirit Magazine)

What listeners say about Behind Blue

Just finished third listen! Loved it. It's wacky. Its fun. Its dark. It's scary. It makes fun of politicians & those in power. Indeed a Salvador Dali meets Killing Eve.

Listening to this book was one of the strangest (and most fun) experience I’ve had in a while. There is so much happening, with so many characters, at so many different periods in time that it took me a really long time to have any idea of what was going on. For the same reasons, it’s a terribly difficult book to narrate and the narrator was very good for some parts and a bit less on others.

Blanka is one of the first human/AI hybrid, and a spy, like her mother Kitty before her (I think). She’s in charge of OhZone, which seems to be an international division, with headquaters at MI6 in London. She helps Grigori Grinin, a Russian Nobel Prize scientist (who saved her mother’s life) to defect, along with his much younger wife and their soon-to-be-born twins. Grinin has created Metapox, a terrifying virus that could kill millions of people with just a few breaths. Blanka convinces her superiors that getting him to create a vaccine is a better plan than trying to acquire the virus. But the ennemy lies within as well as in Russia, where Blanka’s cousin Lara wants to bring Grinin back to the fold.

Beyond Blanka and Grinin, there are so many characters, some part of the good guys (like the unassuming Nearby), some psycho villains (Felicity!), with cameos by Obama and Boris Johnson, among others, and even Helen of Troy, the original sad girl behind blue eyes.

Funnily enough, being so confused for most of the book didn’t take away from the thrill and I’m really looking forward to knowing what happens next. And if you want the full experience, take a look at the official website, including the soundtracks for each book.

A fantastic story, but the narrator’s accents are terrible and make it hard to understand. I’d recommend reading the book instead.