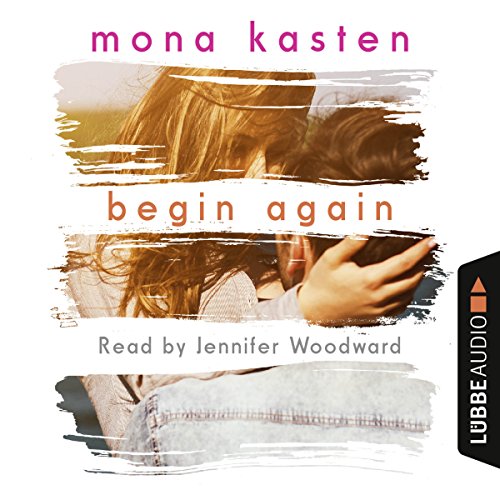 By: Mona Kasten
Narrated by: Jennifer Woodward
Try for £0.00

He makes the rules. She breaks them all. A new start. It's the only thing keeping Allie Harper going, when she packs up her life and moves across the country to Woodshill, Oregon. She's about to start college, desperate to leave the ghosts of her past behind her. Even if that means never talking to her parents again. Now the hard part - finding an apartment before classes start. Just when it seems she'll have to live out of her car, Allie visits one more place. It's beautiful.

With one exception: can she stand being roommates with campus bad boy Kaden White? Sure, Kaden is sexy with his tattoos and careless attitude, but he's also an arrogant jerk. With nowhere else to go, Allie moves in. The first thing Kaden does is make a set of rules. Either Allie obeys, or she's out: 1. Don't talk about your girl problems. 2. Keep your mouth shut if I bring someone home. 3. We will NEVER hook up. Easy enough, thinks Allie. Who would want to get involved with a brute like Kaden?

But the more she gets to know him, the more she sees beyond his gruff facade. He, too, is harboring some painful secrets. For Kaden and Allie, it gets harder and harder to ignore the sparks between them. And the lines between the rules start to blur. "Begin Again" is a beautiful romance that shows us just how possible it is to start over. To find freedom in heartbreak and love in the most unlikely places. About the author: Mona Kasten was born in Germany in 1992. Before devoting herself to writing, she studied Library and Information Science. She lives with her husband, cats, and countless books in northern Germany. She loves all forms of caffeine and taking long walks in the woods. Her favorite days are the ones when she can block out the world and just write.
©2017 Bastei Lübbe. Übersetzung von Toby Axelrod (P)2017 Lübbe Audio
Contemporary
Show More Show Less

What listeners say about Begin Again

Not good enough to hold my attention

This one wasn’t for me. There wasn’t enough description for me to imagine the scenes or the looks of the main characters even. I didn’t get invested in the lead characters. The storyline was too flat. I love a good romance, but I would skip this one.

This was a great book for the first book. The characters are well developed and the writing is well done. The characters are easy to like and empathize with.Wish we could have gotten the males POV too though. The narration was good too. Glad I took a chance and listened to it. Can't wait until they translate the rest of them so I can get them too.