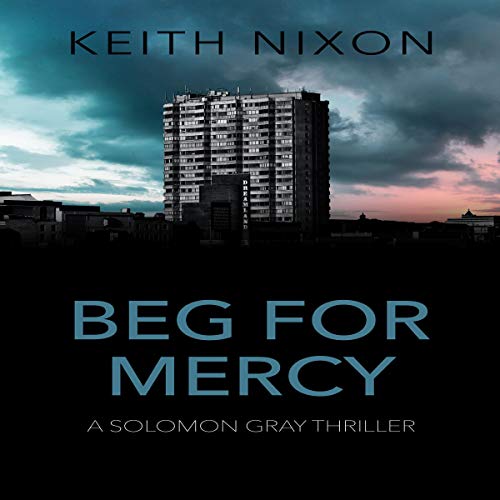 Two men fight to prove their innocence. A cop and a convicted murderer. One of them is lying.

Fifteen years ago, local crime boss Duncan Usher was sent to prison for killing his wife. A young detective Solomon Gray was first at the scene and instrumental in putting Usher away. But now, Usher is out, released on a technicality.

Usher has held a grudge all this time, and he won't stop until he gets revenge on the dirty cop who framed him all those years ago. Usher wants Gray’s help in acting as an inside man within the police. Gray refuses, but Usher has leverage - information on Gray's missing son.

Gray agrees to work with Usher because he’ll do anything to find his son. But Gray is taking a huge risk playing both sides of the game and carrying out his own investigation into what really happened 15 years ago.

Can Gray get to the truth? Or will the past bring Gray down?

Set in the once grand town of Margate in the south of England, the now broken and depressed seaside resort becomes its own character in this dark detective thriller, perfect for fans of Ian Rankin, Stuart MacBride, and Peter James.

Beg for Mercy is the third book in the series featuring detective sergeant Solomon Gray. Buy it now to discover whether Gray can track down the real killer and escape Usher’s clutches in this tense crime series.

Praise for the author:

"A dark, uncompromising tale of loss, murder, and revenge. Glorious noir, which takes the police procedural elements and gives them new life. I can't wait to read the next step in Solomon Gray's journey for answers..." (Luca Veste, author of the Murphy and Rossi crime series)

What listeners say about Beg for Mercy

I have to say, Solomon Gray is just the most lovable and endearing grump! I particularly enjoy the glimpses into Sol's life when he had a wife and children and a 'normal' home life. It makes his current situation even more poignant and heart breaking. This is a book of revelations and is crucial to understanding what motivates Solomon for the rest of the series. Keith Nixon manages to garner a cornucopia of emotions and we feel them all alongside Solomon. Howard Davey's narration took me a while to get used to and it's definitely not standard. However I found I really enjoyed it as it felt like he was telling me a secret, just between him and me, (don't worry Howard, I won't tell). Another superb example of corrupt coppers, dirty dealings and steadfast Solomon. And another hit from the pen of Mr Nixon! 5 stars and a highly recommended from me.