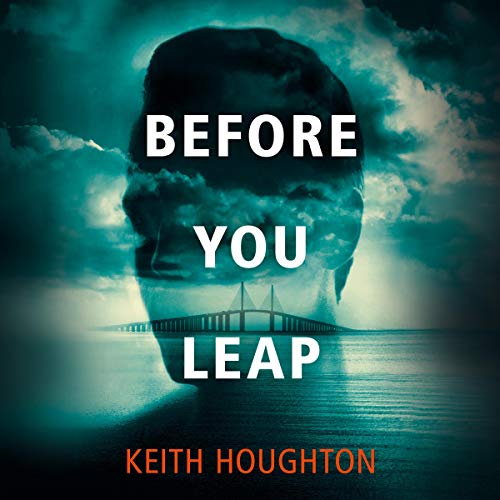 By: Keith Houghton
Narrated by: Scott Merriman
Try for £0.00

Peace of mind is all Greg Cole has wanted since the murder of his twin sister, Scarlett.

In his new sun-soaked Florida life, he thought he had found it. But when Scarlett's killer is released early from prison with a cast-iron alibi, Greg realizes that his past is about to explode into his present, with terrifying consequences.

To expose the truth he must open up old wounds. As a talk therapist, Greg knows all about dark secrets, but when a childhood friendship comes to the fore and the police turn their spotlight on him, the thought of analyzing his own psyche is a disturbing prospect. How far can he trust his own memories?

With his life coming apart at the seams, and his grip on reality beginning to unravel, Greg must face the ghosts of his past if he hopes to prove his innocence and live to see another day.

What listeners say about Before You Leap

couldn't stop listening to this book. it was good end to end with a lot of twists.
would recommend.

another masterpiece by the author Keith Houghton.
the narrator Scott Merriman, was totally awesome,he brought the book to life, with true passion, dedication & feelings thrust into every word. I have to give them both 10/10. I absolutely loved it. now for my next listen. stay safe.

I've only recently discovered this author's work, and I'm very glad I did. I would recommend any of his books, none of them have disappointed me. This was the 4th one, and I'm still never prepared for the endings. like the others, I read them within 2 days, they are hard to put down.