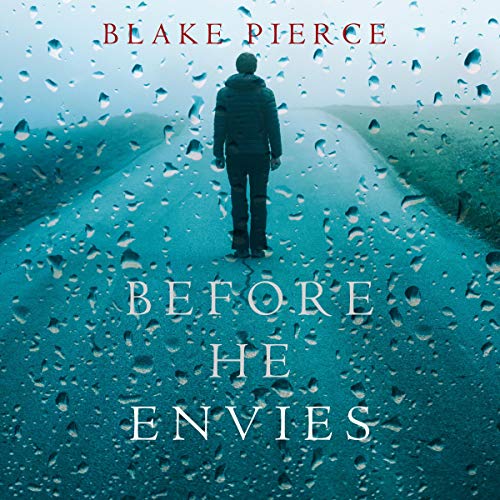 From Blake Pierce, number one best-selling author of Once Gone (a number one bestseller with over 1,200 five star reviews), comes Before He Envies, book number 12 in the heart-pounding Mackenzie White mystery series.

Before He Envies is book number 12 in the bestselling Mackenzie White mystery series, which begins with Before He Kills (book number one), a free download with over 500 five-star reviews!

When two rock climbers turn up dead, each killed in the same disturbing way, FBI Special Agent Mackenzie White, mother of a newborn baby, must face her fear of heights as she is summoned to catch a serial killer before he strikes again.

Mackenzie, settling into motherhood, wants to take some time off. But it is not meant to be. Rock climbers are turning up dead in Colorado, hunted by an elusive serial killer, caught at their most prone moments. A disturbing pattern emerges, and Mackenzie soon realizes she is up against a monster.

And that the only way to catch him will be to enter his diabolical mind.

Feeling the effects of post-partum and not ready to return to her job, Mackenzie finds herself ill prepared for the hunt of her life.

A dark psychological thriller with heart-pounding suspense, Before He Envies is book number 12 in a riveting new series - with a beloved new character - that will leave you listening late into the night.

What listeners say about Before He Envies

Great story shame about the narration

Brilliant book, just a shame the narrator spoils it with bizarre intonation and strange pronunciation.

I’ve listened to all in this series. The original narrator was excellent. This one to much faked drama.