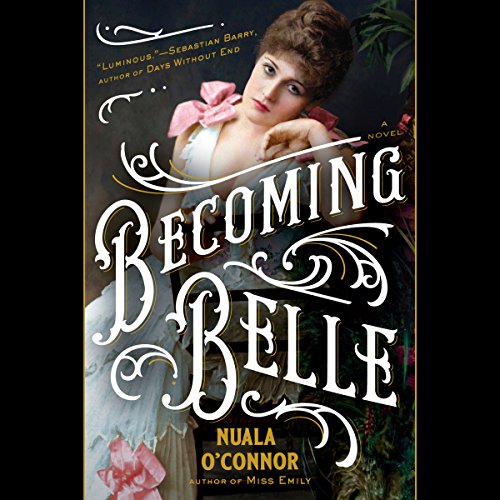 By: Nuala O'Connor
Narrated by: Jayne Entwistle
Try for £0.00

A witty and inherently feminist novel about passion and marriage, based on a true story of an unstoppable woman ahead of her time in Victorian London.

In 1887, Isabel Bilton is the eldest of three daughters of a middle-class military family, growing up in a small garrison town. By 1891 she is the Countess of Clancarty, dubbed "the peasant countess" by the press, and a member of the Irish aristocracy. Becoming Belle is the story of the four years in between, of Belle's rapid ascent and the people that tried to tear her down.

With only her talent, charm, and determination, Isabel moves to London alone at age 19, changes her name to Belle, and takes the city by storm, facing unthinkable hardships as she rises to fame. A true bohemian and the star of a dancing double act she performs with her sister, she reigns over The Empire Theatre and The Corinthian Club, where only select society entertains. It is there she falls passionately in love with William, Viscount Dunlo, a young aristocrat. For Belle, her marriage to William is a dream come true, but his ruthless father makes clear he'll stop at nothing to keep her in her place.

Reimagined by a novelist at the height of her powers, Belle is an unforgettable woman. Set against an absorbing portrait of Victorian London, hers is a timeless rags-to-riches story, a la Becky Sharpe.

“O’Connor offers a stunning historical reimagining. Her eye for details, including Victorian dress, food, and technology, enhance her mastery of character and inner dialog.” (Library Journal)

“It’s Belle’s determination to live her life on her own terms and in defiance of her times that makes her such a fascinating subject.... You’ll cheer for the young heroine in this David versus Goliath tale.” (The Irish Voice)

"O'Connor has the thrilling ability to step back nimbly and enter the deep dance of time - this is a hidden history laid luminously before us of an exultant Anglo-Irish woman navigating the dark shoals and the bright fields of a life." (Sebastian Barry, award-winning author of The Secret Scripture and Days Without End)

What listeners say about Becoming Belle