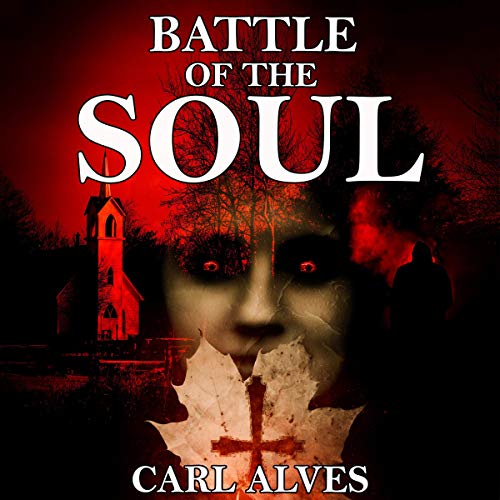 Battle of the Soul

Battle of the Soul

Andy Lorenzo has no family, few friends, and poor social skills and drinks and gambles far too much. But in a time when demons are becoming increasingly more brazen and powerful, he has one skill that makes demons cower in fear from him - he is the greatest exorcist the world has ever known.

In Battle of the Soul, a supernatural thriller that is a combination of Constantine and The Exorcist, since graduating high school, Andy has left a long trail of demons in his wake while priests are dying while performing traditional rites of exorcism. Andy is the church and society's ultimate weapon in combating this growing epidemic. He needs no Bibles, prayers, or rituals. Andy is capable of going inside the person's soul, where he engages in hand-to-hand combat using his superhuman abilities that reside only when he is in a person's soul. When eight-year-old Kate becomes possessed, Andy finds an elaborate trap waiting for him. He will do whatever it takes to win the most important fight of his life - the battle for Kate's soul.

“Ready for a lighthearted Battle of the Soul? Andy Lorenzo's got the requisite exorcism skills, but he's no single-minded zealot nor cynical bleak arts practitioner. He gets the biz done with a deft touch and a wink and a nod to family values. It's not John Constantine here but try Cary Grant in Monkey Business. Battle of the Soul is a fine, fun supernatural read!" (Mort Castle, Bram Stoker Award-winning author of The Strangers)

"Carl Alves does a masterful job in keeping the reader guessing. Battle of The Soul is one of those books that will stay with you!" (Armand Rosamilia, author of the Dying Days series)

"From the time when Jesus first confronted Legion by compelling a Demon to leave its human host in Christ's name, the world has been kept safe from the powers of evil. What happens when the Demons no longer fear God? Carl Alves has the chilling answer in Battle of the Soul, the most skin crawling, thought provoking descendant of The Exorcist I can imagine. With Battle of the Soul, Carl Alves completely reinvents and revitalizes the cliched Possession/Exorcism Horror Genre. Be afraid. Be very afraid. Satan is terrifying once again." (Ian Holt, coauthor of Dracula, The Undead)

Parts if this book is good and other part s are just so ridiculously writen. I did my very best to finish but just couldn't make it had to return it.