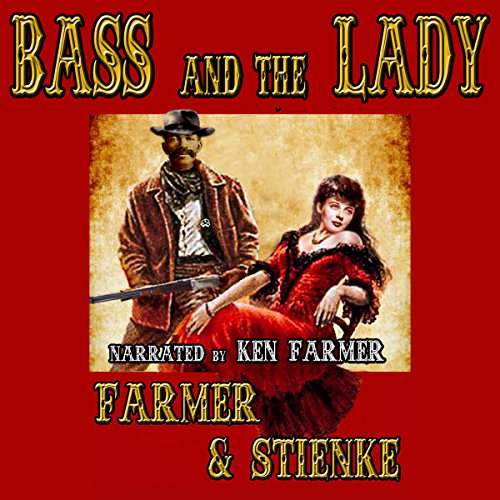 Bass and the Lady

Bass and the Lady

There was only one female marshal in the Indian Nations under Judge Issac Parker...Deputy US Marshal F.M. Miller. She teams up with Bass Reeves in Bass and the Lady and goes undercover to stop a new gang of murdering rustlers. Bass has an arrest warrant for his own son...for murder.

Fiona Miller is also after the killer of her husband...but she's not a vigilante; she has to bring him in legally. It's why she became a federal officer.

"It doesn't matter whether I stand or squat to pee...I'm wearing a Deputy United States Marshal's badge...and that trumps just about everything else I know..."

Can she go toe to toe with the invincible legendary Bass Reeves? Can Bass keep up with the indomitable Fiona May Miller? Do the outlaws stand a chance against the two of them?

The Nations books are my favorite.

Would you consider the audio edition of Bass and the Lady to be better than the print version?

Yes I did. Having the book narrated by one of the author's helps you see the characters the way the author's see them.

The scene's at the Cooke County Fair Grounds were my favorite. There is a lot of things going on at the same time. There are some surprises and some unusual things happening.

Who was the most memorable character of Bass and the Lady and why?

I liked the way Bass and Fiona accepted each other even though they were not the typical Marshall's of the time.

If you could sum up Bass and the Lady in three words, what would they be?

This is a story you can walk away from and return to it and never miss anything, but you will not want to turn it off Ken keeps your attention.

What was one of the most memorable moments of Bass and the Lady?

cannot say because it will give away the ending.