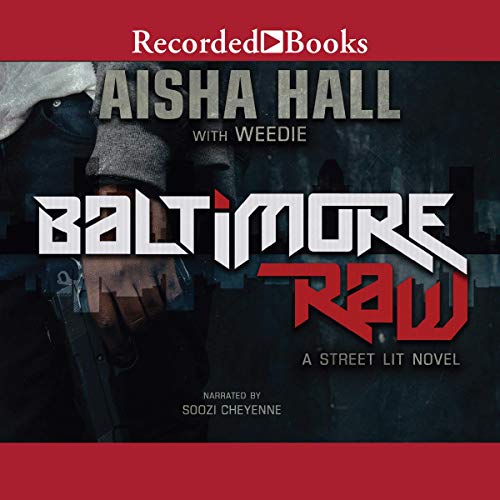 By: Aisha Hall
Narrated by: Soozi Cheyenne
Try for £0.00

Nasty and Soulja were ruthless kingpins on the streets of Baltimore. Now in prison, nothing has changed. They are still running things from behind the penitentiary walls. Even though they are still getting large amounts of money, it cannot solve all of their problems. Daily, they deal with the reality that they left loved ones behind.

Nasty and his sister Von grew up parentless. They were murdered early in their childhood, and he had to become a brother and father to her. Feeling like he had no choice, Nasty left her with another hustler who was supposed to pick up where Nasty left off. But Rodney, with his own selfish agenda, held a dangerous secret that ruined many lives. As Nasty and Soulja embark on a journey to uncover the truth, there is bloodshed, betrayal, and mayhem. These young bosses with old-school principles are tested in ways that they never imagined. This is the ultimate gangster's tale.

What listeners say about Baltimore Raw

This was a good read for me. I’m hoping that she writes more books that I can enjoy.

I didn’t like this book at all two many things left unsaid and to be Quite frank it was just boring.

This book was so pointless and boring smh I wish I never listened cause it’s pure garbage.

This definitely a good one... 👏🏾👏🏾👏🏾👏🏾.. readers voice isn’t monotone so I was able to finish in one evening. I’m not big on monotone readers. Overall I recommend this book ⭐️⭐️⭐️⭐️⭐️. Hope it’s a part 2 coming out

I truly enjoyed this book it kept me entertained the characters were great I loved the sibling bond. I both laughed and cried in this book ready for part 2 thank you for a great story. Great job

this book was super easy to listen to. I'm searching for a pt 2. sad how life can really be sometimes.

It kept my interest but didn't like the way it ended. I feel at the end should have had more details .

It kept me reading because I couldn't anticipate the ending. The narrator was really good at his job. Some of the narrators are horrible.

Out of 163 titles downloaded this is the worst