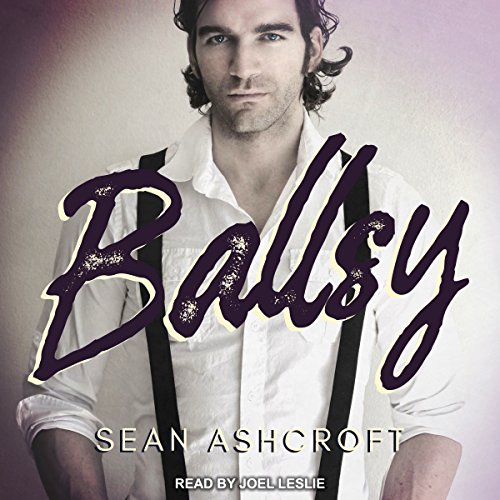 By: Sean Ashcroft
Narrated by: Joel Leslie
Try for £0.00

When he arrives back in LA after 10 years away, the last thing Sam expects is to end up being roped into pretending to be with the man he'd left behind for the sake of a magazine article. After a near-death experience that left him scarred and changed, all he wants to do is lick his wounds and live quietly for a while.

But how is he supposed to resist the pull of one last adventure with the love of his life? Seeing Sam again is the last thing Ben needs. With his last chance to prove that Ballsy is a viable project on the line, he hasn't got time for anything else.

All the same, he can't bring himself to ignore Sam when he shows up unannounced. When the opportunity to spend the weekend undercover with him at a couples' retreat comes up, he jumps at it, hoping that this will be the second chance he's always secretly wanted.

As if facing their feelings for each other after so long wasn't hard enough, Ben unexpectedly stumbles across the story that will save Ballsy while at the retreat. Will he still have time to repair his relationship with Sam? Or will both men's doubts and fears get in the way of their happily ever after?

What listeners say about Ballsy

I really liked this book, Sam and Ben were meant to be.
They have a lot of past drama that needed to get aired out but I kinda love that Ben really grew in their time apart.

I don’t think their relationship would have worked if they had tried to be a couple back then. I truly believe that time healed these two and were better for it.

The interesting investigation they got out of it kept me interested as well. I kinda loved that we got a little of Eliot in this book too.

Joel wasn’t as breathy in this book and it fit the characters a LOT better.

Best for people who like it sickeningly sweet IMO

This is very sentimental and the characters are constantly misreading one another in ditzy ways. I understand that a lot of people like this kind of story and definitely don't judge, but I felt like I had to leave my feedback as a public service. It's like a gushy Lifetime channel movie. This quality is empasized by the narrator, who fully enters into the melodramatic spirit.

I'm not sure what happened. I just finished first book Cocky and was excited to move right on to the next one. But, I've gotten to Chapter 10 and can't go on any further. It's too SLOW. The storyline, the narrator...all are too freaking slow.

This was not as funny as Cocky was but still enjoyable. I was happy Ben got a story.

The story took too long to get to the point. Do appreciate the beautiful ending

The depths of men’s souls

Sean Ashcroft has surely understood the depths of men’s souls: their fears, their uncertainties and the depths of their vulnerabilities. His partners must be among the luckiest men in the world.