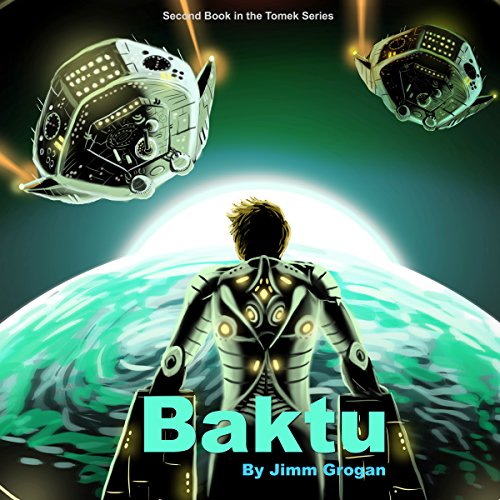 By: Jimm Grogan
Narrated by: Pavi Proczko
Try for £0.00

The sequel to Negative Zero blasts off with our intrepid spacecraft engineer finding himself mere minutes from being fired upon by two elite warships of the Azten imperial navy. In direct defiance of the Azten Empire of Federated Worlds, Tomek is headed to the surface of the forbidden planet Baktu.

After being stranded on the low-tech planet for almost a year, the human Tomek has found a home - even falling in love with a young Bakti named Spri.

But the Bakti have been keeping a secret from the foreigner - a secret that could lead him to find the creature who abducted his friend Claymore. The same awful secret also holds the answer to why the planet has been isolated by the Azten government for the past 200 years.

Meanwhile, as Tomek hunts for monsters on the tranquil planet, a civil war has broken out in the empire and the sinister Trident organization hasn't forgotten about their clever nemesis.

Then there's the Golantan armada that's heading toward Azten, crushing all resistance in its path.

With Baktu located at the edge of the empire, how will the Bakti manage to resist an invasion on their own?

What listeners say about Baktu

I loved listening to book 2 in this series. A new world to explore with our protagonist and a budding love story make a this sci-fi adventure all the more fun. The political intrigue from book one carries over as the story deepens.