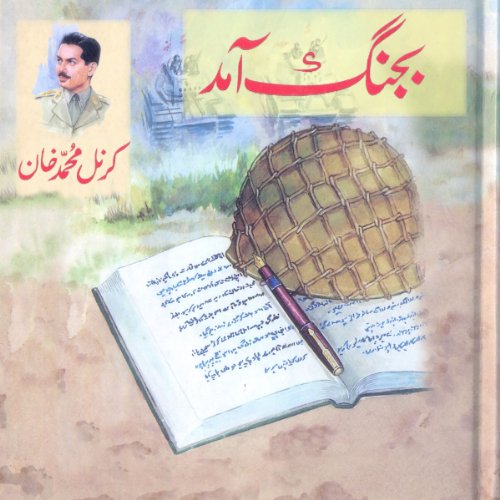 By: Colonel Mohammad Khan
Narrated by: Arif Bahalim
Try for £0.00

Bajang Aamad, one of the classics of Urdu Literature by Colonel Muhammad Khan is a humorous autobiographical account of his time in the army. Colonel Muhammad Khan was a Pakistan Army officer and a war veteran. He also served in the Indian Army of the undivided British India during World War II. The success of this, his first book earned him critical acclaim and he is considered one of the most influential humor writers of his era. Laced with unforgettable characters, situations and places, Bajang Aamad is both an intriguing look at army life while at the same time a fascinating account of a bygone era. The author's penchant for humor is sure to provide hours of listening pleasure!

What listeners say about Bajang Aamad

One of the Best Book I have Ever Read/ Listened

Extraordinary experience! One of the best books ever in my life. The book does a great job describing harsh realities of 1940s in a very delightful and comic way. Reader gets away with a lot of understanding and insights about what was it like for any Indian to be in British army in the pre-partition India. The book has that magical effect of time travel and takes the reader six decades back into history.
Excellent narration!

Very interesting book and I enjoyed every minute of it and laughed so much. Refreshment if Urdu vocabulary and poetry was just on point.

Held onto every word. Brilliant book, brilliant naration. need more books like this in Audible. if anyone can point me to the follow up story (if ever written) or more details about the author than thay will be great.