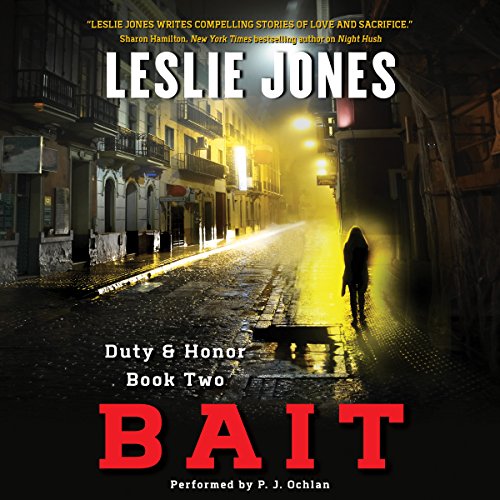 In the next thrilling Duty & Honor novel, a female CIA agent and a Delta Force soldier must catch a deadly assassin...but do they know where the danger truly lies?

After several assassination attempts on an allied royal, the CIA sends in operative Christina Madison - who bears a striking resemblance to the monarch - to pose as the famous princess and draw out her would-be killer.

When Delta Force lieutenant Gabriel Morgan's team is assigned to Christina's undercover protection detail, he's less than thrilled. Gabe wants nothing to do with a woman whose rumored screwup nearly got her last team killed. Not to mention there's bad blood between Gabe and the CIA - he doesn't trust anyone who lies for a living.

But once the trap is set and the assassin takes the bait, Gabe must protect her with his life, because danger lurks in the shadows, and now Christina is in the crosshairs.

What listeners say about Bait

again.. to much romance..

good narrating.
but as the first there is way to much romance in the story.