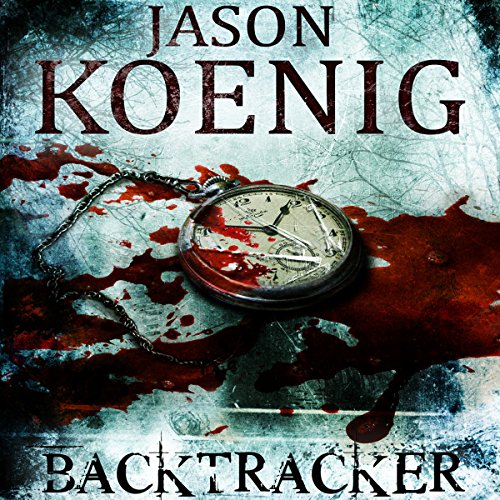 Miraclemaker comes and goes like a ghost in the night, taking lives by the score as if he were Death himself. The streets run red with the blood of his victims. Only one man knows he exists, one man who loses everyone he ever cared about, one by one, to the hands of the killer. This man, Dave Heinrich, sets out on a desperate hunt to stop the Miraclemaker at any cost. But does Dave stand a chance against a murderer who just might have a connection to terrifyingly dark and powerful supernatural forces? A murderer whose deepest secret could rock Dave's world to its very foundations?

Bodies pile up... time runs out... and the mystery of the Backtracker is about to unleash the ultimate evil and bring about a blood-drenched hell on Earth.

Did the production crew take a vacation??

Its a good story, something a bit different, there are plenty of twists in there although I did guess most of them before they happened. Many reviews have commented about the voice of the reader, I didn't find that such a problem, once you get used to him its fine.... The biggest gripe I have with this is the fact that the recording is so obviously unfinished. The story gets pretty complex towards the end so the last thing you need are lines being repeated because the reader messed something up.... Ummm, aren't those usually supposed to be cut out before going public? The fact that one of the final chapters is completely repeated as the reader takes another shot completely throws you and confuses things... Come on Audible, surely there is a quality check process on these things before you make money from them??

Where does Backtracker rank among all the audiobooks you’ve listened to so far?

The story is very good, but getting over the narrator....the voice drove me crazy!!! Clear your throat and speak up!

Would you be willing to try another one of Daniel Dorse’s performances?

Absolutely Not!! This guy basically whispered in this rough harsh whisperish voice like he needs to clear his throat voice. The story line is the only thing that kept me listening. I will not be getting another book that he is the narrator on.

If someone like Scott Brick, Joe Montenga was reading this book.

The book is pretty good. It's kept me on board for the whole book. The problem is the narration. The narrator whispers the entire book. Its maddening. I will avoid that narrator from here on out no matter how much i may want to read the book.

What disappointed you about Backtracker?

I had everything turned up as loud as it would go including the pre-amp software on my device and the independent amp on my expensive headphones and still couldn't hear the reader well enough to follow the story.

Would you ever listen to anything by Jason Koenig again?

Probably. I didn't really get to listen to this book. So this is nothing on Mr.Koenig.

If you could play editor, what scene or scenes would you have cut from Backtracker?

No idea if this is a good book or not. If you're interested in finding out, buy the physical or Kindle version.

who ever edited this audiobook did a terrible job. They left in all of the mistakes and there are several instances in this audio book where several lines of the pages were reread over and over again until the reader got it correct. Also you can hear things such as the narrator clicking his pen stumbling over words import early piece together editing in general. the story was okay however the author was very redundant explaining several sentences over and over and over again when me as the listener got the point the very first time it's like an unabridged unabridged version of a book Terrible don't buy