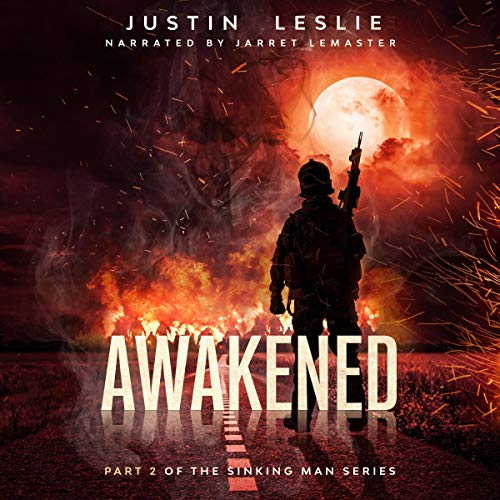 Awakened follows Ben’s journey in North East Florida to reunite with his wife Sarah and survive a world full of zombies.

This limited run series is set to be released as novella shorts. Yes, the zombies are the problem, not everyone you run into for the most part. The Sinking Man Series is written to have several short novellas released throughout the year, and is geared toward TV adaptation.

From the back cover...

Ben and his newly found companions Ian and Kelly are back. This time things are looking up for the team. That is until Ben finds out that his wife Sarah is being held against her will in Tallahassee.

While the group makes plans behind the walls of their secluded upscale riverside neighborhood, new people emerge, as well as new threats. The zombies are starting to get restless...

Ben and the crew now have a choice to make. Either stay in the comfort of their secluded paradise or hit the road to save Sarah.

“Remember, no matter what happens. Stick to the plan”.

What listeners say about Awakened