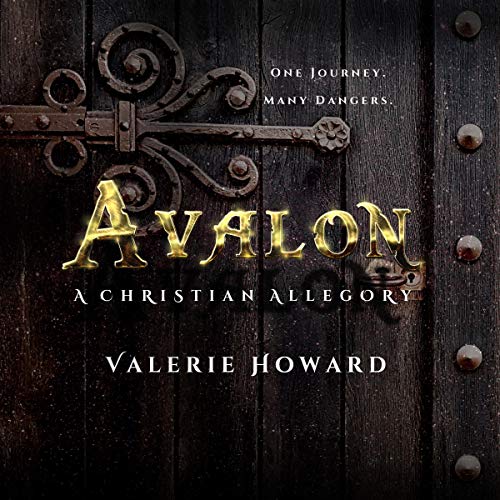 Arrested at the age of 12, Mara has spent the past decade as a slave, awaiting the death penalty handed down to traitors like her. But when her sworn enemy, the Prince, arrives at the slave yard, holding out the promise of freedom in exchange for allegiance to him in marriage, Mara agrees to his terms.

The journey to the Prince's palace is more difficult than she imagined, but she has nowhere else to turn. As she travels with her royal companion in the face of fierce wolves, violent lightning storms, and the threat of being captured by the rebel army she deserted, can this future princess learn to love the one she spent her whole life hating?

Fans of Pilgrim's Progress and light fantasy will enjoy this allegorical novel.

The story was written in such careful detail, that I could almost feel, touch, taste, and think the same things that Mara did

I thoroughly enjoyed this story. It reminded me of Pilgrim's Progress except from a woman's point of view. It reminded me to examine my personal relationship with Jesus to be sure I appreciate what He did for me.
It took me a little while to adjust to the narrator. It's obvious that English is not his first language but soon I started overlooking mispronunciation of a few words. He had a wonderful range of voices for the characters and his narrator voice is very pleasing.

This is a very well done allegory. I like how you can totally see the storyline of Christ’s love for us and what we have to look forward to at our journeys end. Like Mara/Princess, we don’t always know why we go through what we do and sometimes we may not know until the very end.

The story was very interesting and entertaining. I would highly recommend this book, especially for young ladies, although anyone might enjoy it.

The performance was well done. I liked the accent and of course always like it when performers are able to portray the characters well.

Well done allegory / parable of Christ’s love. The feel the author gave was good taking us to medieval times. Well done and enjoyable
Given ARC audio for my voluntary review and my honest opinion

This was a lovely story, and a great allegory.

Mara’s story illustrated the story of Jesus and how he loved us even when we were sinners.
It showed the love of Jesus, and how anyone can be restored, if only they would put their trust in him..

The narration was very good. I thought the narrator had a nice interesting accent.

I would highly recommend this book.

I was excited about this one, and even more when I started listening! Well done, and very respectful of scripture while still being a fun listen and enjoyable story. I really enjoyed the character's journey, and how it mirrors ours. Well done, and well narrated!

Thank you for not being ashamed of the Gospel and fot writing this lovely allegory. As a believer looking ahead, the last chapter had me in tears.

I Loved the Story...

But.
I actually did love the story; allegory has to be your thing, of course, but you know it's an allegory going into it. It was done as beautifully as the other books I've listened to by this author and you will "get it" if you are familiar with the New Testament at all. The "but" comes from one thing that I had to listen past: the narrator, who does a beautiful job in all other ways, pronounces one word all the way through the listen in a way that will be irksome to some people--at least I found it irksome. That being said, I will still give this a high recommendation. The allegory is lovely and the writing is excellent and lives up to what I have come to expect from a Valerie Howard book.

I loved this story.
I found this allegory to be a perfect picture of Christ's love !
The story was well written, I could picture the story as it happened.