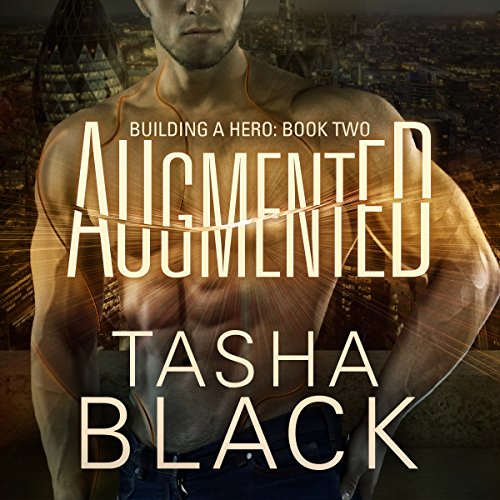 Westley Worthington has found the love of his life in Cordelia Cross. She's even convinced the carefree billionaire to abandon his life of excess. His only problem is, ever since the injury that changed him forever, she's been pulling away, making excuses to avoid being alone with him.

Determined not to let this one slip away, West vows to use his newfound abilities to be a force for good in Glacier City and win back the respect and admiration of the woman he loves.

Cordelia Cross has never felt about anyone the way she feels about Westley Worthington. He's also the head of the company that can restore the normal life that was snatched away from her wheelchair-bound sister, Jessica. Cordelia wants to take things to the next level with West, but she knows too much about his checkered past to trust the outcome of a romantic relationship with the notorious playboy. Determined not to risk her sister's future, Cordelia decides her only option is to cool things off with West, even if it means breaking her own heart.

Passions ignite when the two are forced to work together to save their friend, Edward Dalton, from the clutches of a top-secret paramilitary operation that is running bizarre experiments with human and canine DNA. Will West's attempt at being a hero be enough to make Cordelia love him again? Can Cordelia resist her feelings for West long enough to help her sister? Will she lose her chance with West in the process?

Find out in Augmented, the second full-length novel in the Building a Hero trilogy from best-seller Tasha Black.

I loved the first book but this second has taken it up a level, and I can't wait to read the next book in this series. Will Cordelia and West get back together before or after something drastic happens to her and he has to rescue her from the villains I hope so.

I really like this series and I couldn't wait to listen to more after the first book.
This second instalment didn't disappoint...plenty of drama and action.
It does end quite suddenly so I will have to dive in to book 3 straight away to see what happens next.

Augmented, book two in Building a Hero series, was a great addition to the series and picks up where book one leaves off. While I enjoyed this story, and will definitely listen to the next book, I felt the story lacked compared to book one. Book two ends on a cliffhanger with a few unanswered questions so book three will certainly have a lot to wrap up.

Action/Suspense: There's a good mix of action, suspense, and drama but more on the mild to medium side.

Characters: Great character development! This story is told from multiple POV's, and really develops each of the characters. While it appears West and Cornelia relationship may be on the rocks, we learn more about Dalton and the female who wants to study his condition. By far Jessica, Cornelia's younger sister, is best character and my favorite! I love her positive outlook, and all the crazy things she says.

Romance/Sex: The romance is fairly mild; however, there is an in-depth scene.

Narration: Mason Lloyd does an awesome job narrating this story. Each character has their own voice and is consistent between the first two books. I love how he projects the different emotions throughout the story. Great job!

Credit/Sale/Review Copy: Whispersync deal! I love a great sale, and honestly I could not use a credit for such a short story.

This book was actually good I definitely enjoyed this book. Wasn't disappointed at all part 2 was a good as book 1. I can't wait to read part 3. Also, I can't blame Wes for being mad at Cordelia because look at what she's doing, I feel like she should be the one to apologize to him first and he needs to apologize to Jessica, afterwards he can apologize to Cordelia, because for one shes trying to leave him, and work for someone else just because she can't be around him, I too think it's because his body isn't fully him and it's because of him being a machine. But she doesn't want to fall in love with him more than what she is... I like her but she can be stubborn as heck.

Where does Augmented rank among all the audiobooks you’ve listened to so far?

It was a good 2nd installment to this series...I enjoyed it!

Jessica in this one..she is so cute!

Which character – as performed by Mason Lloyd – was your favorite?

They are all performe quite well..but Jess is still my fave!

this would be an interesting movie..but I hate this question Audible...stop asking me it please...lol

I really like book one, so I bought book 2 right away...this is a solid 2nd book...I can see there is going to be a little war over this prosthetic technology...and there is something really weird going on a that zoo...maybe some Lycan's in the making? West needs to stop being such a jerk....and He and Cordelia need to communicate if things are going to work...Now Dalton...he is a good guy...I hope he can figure out how to control his gift...because I think he has a lot to offer....I like how this book is on the verge of almost a comic book feel..because we definitely have some super heroes in the making here! Great series so far, I hope #3 is available soon!

STORY REVIEW......
I love this story. It's is really unique and fresh. I love how the main character started out as such an 'A' and with the love of his lady has not only improved his character flaws but has also become a hero. I am totally loving this series.

NARRATOR REVIEW......
Mr Lloyd has done a really good job of bring life into the character.


"I was provided this audiobook at no charge by the author, publisher and/or narrator in exchange for an unbiased review via AudiobookBlast dot com".

This is the second book in the Building a Hero Series. This story continues where the first book ended. The storyline is fast-paced, with action, intrigue and some funny scenes. Cordelia and West's story is complicated with misunderstandings and lack of communication. I love Jessica, Cordelia's sister. She's a wonderful character. Dalton's kidnapping added much mystery. Now I can't wait for the last book in the Series, Upgraded. The narration was well done, as always with Mason Lloyd. He has the perfect voice for this Series! He has a great range of voices, easy to distinguish. I liked the Afterword by the author! I received this free review copy audiobook at my request and I have voluntarily left this review.

I am loving this series! This book has every super hero junkie jealous. A normal person that has bionic limbs able to fight crime and evil doers, but it may not be so easy. Cordelia is having a hard time trusting Wes and makes a decision that leaves me more than a little sad. I am praying that it all works out in the next book. Dalton definitely got more than he bargained for when he went searching for answers. Can't wait to see what transpires between him and a past lover. Love the narrators voice! So smooth and melodic. Tasha Black has a way of leaving the reader on the edge and craving more! Can't wait to listen to the next book!

What did you love best about Augmented?

This is not your typical romance. There is a lot of intrigue and I love the technology/almost si-fi aspect to the story.

Mason Lloyd's narration made a good story better. His use of creating different voices for each character is hard to beat and made immersion into the story easy.

Have you listened to any of Mason Lloyd’s other performances before? How does this one compare?

This is the second book performed by Mason Lloyd I have listened to and the were both very well done.

This is the second book in the series, Making a Hero. I am really enjoying it. The story line is not one I would have normally listened to be I am hooked!. So much is happening and the pace of the story is really good. I've gone from really disliking Wesley Worthington to thinking he is becoming someone I can admire. I just wish he would be honest with Cordelia and Mallory about the tec issues.

Cordelia is in my opinion being very silly in holding back from West what she is thinking and feeling.

Dalton is becoming such an interesting character

Tasha Black is weaving such a complicated and interesting story, I really can't wait for the next and final installment of this series.

Tasha Black did a great job continuing this series, I look forward to the next book. Mason Lloyd did a great job with the narrative as well. Listening to the book gives you another way to enjoy a story and a different feel than when you read. Kudos to you!!

Augmented is a book that has it all. The angst is just enough to keep you coming back. The sexual tension is enough to keep you loving it. With some humor thrown in. I am pretty sure in the last book of the trilogy that Tasha will wrap it up quite nicely. I listened to the audiobook and the narrator is fantastic.