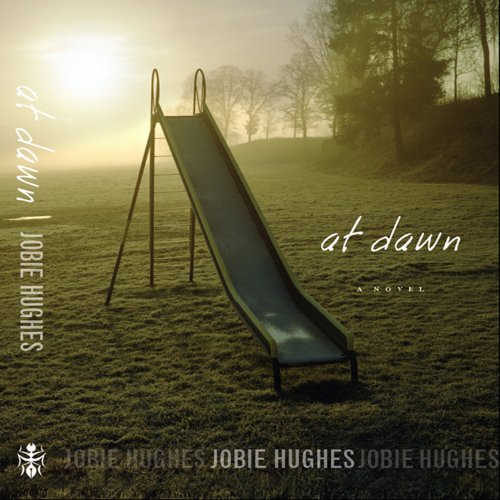 Caught in a riptide of haphazard underemployment, at turns violent and unpredictable, suffering under a bad economy with no family or friends to speak of, Stratton Brown longs for the chance to escape his small-town past and build a new life. He sets out for Chicago, where he meets a new and fresh hell: a nine-to-fiver in a nondescript, meaningless company, and an obsessive love affair with woman who may be a bit too attached to her abusive ex-boyfriend. Is this all America has to offer its 20-somethings? He’ll soon have to figure out that beneath the gruff labor of building a new life lies the presence of something much more true: a way past his violent childhood and a new path to the American dream.

At Dawn is a literary debut of a fresh and powerful male voice in fiction.

What listeners say about At Dawn

A magnificent novel - it stays with you!

Ohhhhh, this book!!! I wish Audible let me use cheesy emojis in my review. You know, every now and then a piece of fiction finds its way onto my Audible app, and then totally blindsides me with its brilliance. This was one of those books. I had never heard of Jobie Hughes, and am not even quite sure how I ended up clicking on At Dawn. Yet I'm thrilled I did. I think this book just rose to the list of my all-time faves. It wasn't what I had expected, but that's okay. It was even better. The story takes place in Chicago, where a broke Stratton Brown makes his way into a new city with no prospects for a job, very little hope, and a pretty big chip on his shoulder that has strong ties to his past. There he meets a girl, Carolyn, with whom he falls in love. By her side he tackles the still very raw wounds of his past while trying to achieve the ever-elusive American Dream. What I love most about being immersed into the mind of Stratton Brown is that regardless of his down-on-his-luck circumstances, I can totally relate to him at the 10,000 foot view. His highs are really high. His lows are really low. It made me think back to all the times I thought I had figuratively won life's lottery, as well as the times when I believed my life was truly over. Hughes did such a fantastic job of dialog and narration in first person that he actually had me fist-pumping and cheering, too, when Stratton got his first query reply. This character was a total jerk - so much so that you wanted to shake him and slap some sense into him. By God, you couldn't help but to love him, too, though, because the book dives deep and pulls out all of Stratton's secret bits. Jobie Hughes gets really raw and dark in describing the demons that shape and mold Stratton into who he becomes as a man. That being said, there's also more than enough humor to cause me to guffaw at the wit and creative one-liners. I loved the character Gene, and I also loved that Carolyn isn't perfect, but yet Stratton adores her fiercely just the same. This was one of those rare books that left me sitting, mesmerized at the end as I listened to the final chapters take their shape. It was a satisfying ending, and it left me with a sense of hope and determination. Jeff Woodman did a sensational job narrating and giving Stratton a voice, and was the perfect choice. I'm definitely looking forward to other novels by Jobie Hughes. Highly recommend!!

A Man who's About to Lose It All

With a writing partner, under the pen-name "Pittacus Lore," Jobie Hughes wrote "I Am Number Four," a YA science fiction adventure about the last of a race of super-beings who were hidden on earth before they were hunted down and exterminated.

#4 was a huge success, and made into a Hollywood movie.

The protagonist of At Dawn is Stratton Brown-- no super-man, but a real man with a plight no less daunting. Brown is trying to make a go of it, leaving a small town on the brink of oblivion in the MidWest and moving to Chicago— or rather, the razor's-edge of the city.

He's an alcoholic womanizer. He has a mindless job that turns your stomach. He's- maybe-- got a girlfriend who might want a man even more messed up than he is.

As he looks at his future, Brown is confronted-- no escape-- by a violent set of past deeds that aren't going to let him turn his head.