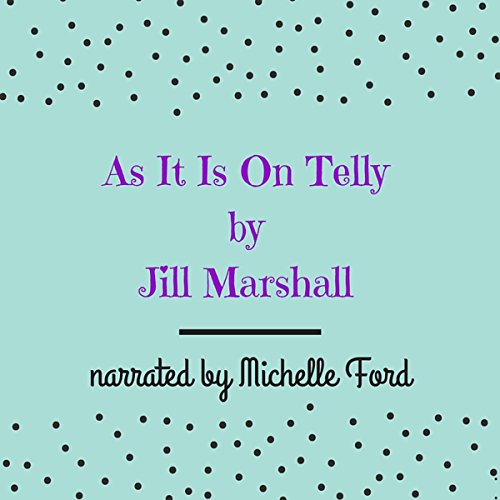 As It Is on Telly

Bunty McKenna's very ordinary husband has had a vasectomy - behind her back.

Having found the invoice for said vasectomy, she starts to notice other things, too: like how much time her husband is spending at the gym, his new-found interest in clothes...and are his teeth looking whiter?

In Bunty's mind, there can only be one explanation: he's having an affair.

Naturally, the only solution is for Bunty to find a new husband before her old one leaves her. And so begins "Operation Sugar Daddy".

After a string of bad dates set up through the illustrious Croesus Club, Bunty finally meets Ben, a handsome yachtie from Auckland who is, most importantly, fabulously wealthy. Surely this is a match made in heaven....

Hiding her own affair from her adulterous husband and sullen teenage daughter makes it all the more exciting, until suddenly Ben returns to Auckland with no explanation. To distract her from the disappearance of her future second-husband (not that he knew it yet), Bunty turns her mind to finding out exactly what her first husband is up to.

When all evidence seems conclusive, and since Bunty's childhood best friend, Cally, also happens to live in Auckland, she decides to make a spontaneous visit to track down the illusive Ben. But when she arrives, all is not as it seems.

Bunty has made a big mistake.

But is it too late to reunite her family, or has she taken a step too far?

As It Is on Telly is a gripping story of romance and adventure from a master storyteller.

Jill Marshall is the author of the best-selling Jane Blonde series for children, published in more than 20 countries and 10 languages. In addition to her writing, Jill is a writing consultant and trainer, and has two master's degrees, in history and creative writing.

What listeners say about As It Is on Telly