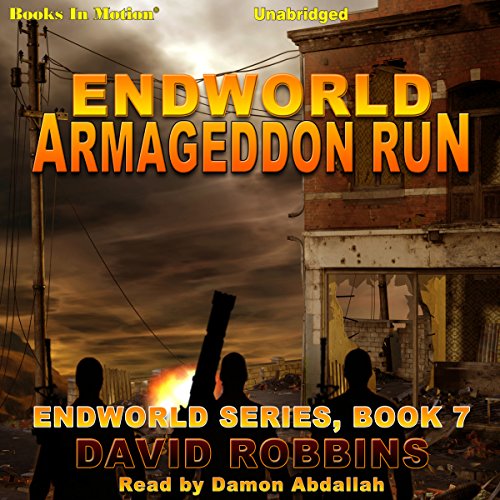 The Place: What used to be called America.

The Armageddon Run: The battle-ravaged Alpha Triad, an elite fighting force dedicated to the restoration of civilization, traveled across the blasted landscape towards a fateful meeting.

Accompanied by members of the Freedom Federation, Blade and his deadly team rolled into a small Wyoming town hoping to slaughter the Doktor in a final ambush. But the predators quickly became the prey when they were cut off and surrounded by a savage hoard of blood-thirsty half-humans. They were seven against an army and their epic battle would live on throughout the ages - if any of them survived to tell the tale.

What listeners say about Armageddon Run

Another awesome listen in the Endworld series I'm ready for the next book. Great series.