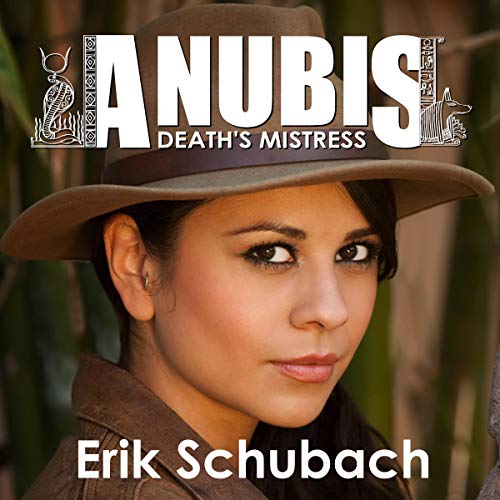 Professor Aya Bane, self proclaimed Indiana Jones of archeology (yes, she may be that much of a geek), finds herself thrown into a world of ancient gods and unexplained murders in Egypt while on a dig.

Called in for a consult to an excavation at a suspected temple of Anubis, god of the underworld, she is embroiled in a series of fantastical events. Her dreams are filled with visions of a deadly woman with a jackal's head, committing the murders attributed to a serial killer called the Pharaoh, leaving the victims as mummified husks.

With Lazarus involved, it is just a matter of time before the New Sentinels arrive to aid Aya and her newfound allies, as she tries to understand what is happening with her.

What listeners say about Anubis

another good read and audio

I loved it from start to finish. It was of full action and adventures that keep me on the edge.

An adventure of being a hero takes new meaning. As the voiceof A. Voller takes you into the world of Sand Adventures. You are in the fight of dead of Anubis.

i really hope the finish this series in audible cause there are a couple of erik's that have just left me hanging. i use these audio books to keep me from going nuts during my night shifts lol