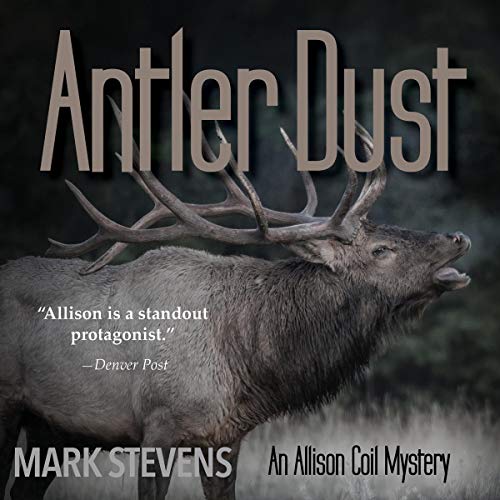 By: Mark Stevens
Narrated by: Amy Johnson
Try for £0.00

On the opening day of the hunting season in the Colorado Flat Tops wilderness, two men go missing. The first is a hunting guide. The second is an animal rights protester who believes his creative suicide will galvanize the animal rights movement.

Hunting guide Allison Coil hears a distant rifle shot and sees just enough through the swirling snow to believe somebody knows something - and isn't coming forward. But what exactly did she see?

Outfitter George Grumley fends off the formal investigation and works to discourage the informal and persistent inquiries by Coil. Grumley knows no limits in the effort to protect his guide service, which caters to fat-cat clients. Who needs hunting regulations when technology can produce the quickest and most thrilling hunt that money can buy?

What listeners say about Antler Dust

The Colorado Flat Tops is an interesting setting for this cozy mystery series featuring the hunting guide, Allison Coil. The story is believable with plenty of suspense.

Amy Johnson reads this audiobook competently. I look forward to more from this series.