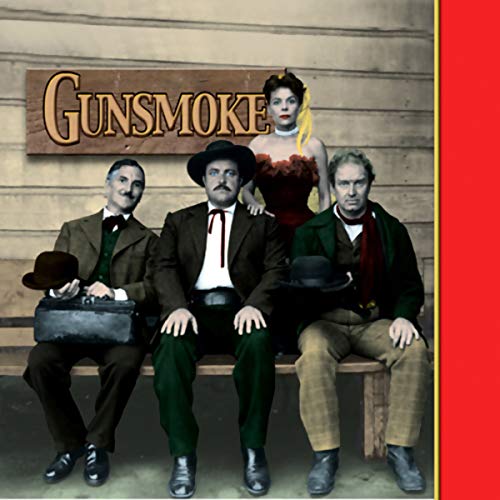 Set in Dodge City, Kansas, in the 1870s, Gunsmoke aired on CBS Radio from April 1952 to June 1961. William Conrad starred as U.S. Marshal Matt Dillon, and he was joined by three other regulars: Howard McNear as "Doc" Charles Adams; Georgia Ellis as Kitty Russell; and Parley Baer as Chester Proudfoot. This episode originally aired on August 19, 1956.
Don't get out of Dodge! Listen to more Gunsmoke episodes, and pick up the collected volumes.
©2006 Radio Spirits Inc. (P)2006 Radio Spirits Inc.

Audio quality very poor. Toward end of story it becomes too static to listen to.

Just a Little Too Dated

The performance was good and the fact that it's around to listen to is nice but for me, personally, the story line was just a little too simple. I enjoyed the Gunsmoke shows way back, but I don't think I was listening to the dialog much.