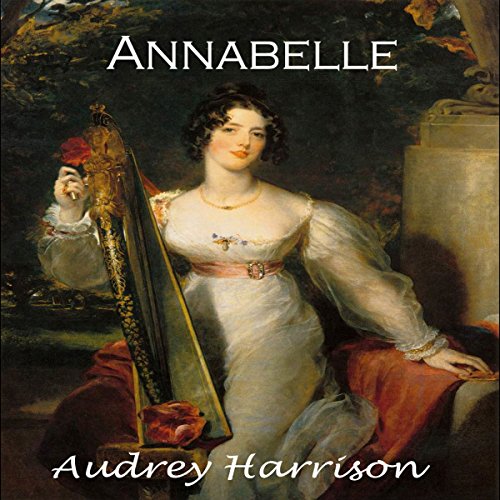 By: Audrey Harrison
Narrated by: Katie Bunn
Try for £0.00

Annabelle Johnson has a secret. It could ruin her. But yet, she remained in a darkened room with a gentleman. Perhaps it was because for the first time she felt safe in a gentleman's company.

Compromised and hiding a damning secret was never going to be a good mix. Annabelle had to think of something before her secret ruined her and hurt the man she had married.

Lord Stannage, Earl of Garston, was a handsome man. A pity then that everyone who met him only noticed his different colored eyes. In a society that only perfection was accepted, he was never going to feel welcomed. He avoids society apart from when he becomes too lonely.

Two people, both hurting and afraid, needing each other's strength before their living nightmare can ease. Will they find the courage to trust and listen to each other, or will they continue on their path to heartbreak?

What listeners say about Annabelle

The Hero has one blue eye and one green eye, which apparently makes him a freak. So despite the fact that men with one foot in the grave, but rich and titled are considered a good catch, his eyes preclude him from marriage. Since his birth his mother has been crying and behaving hysterical, everytime she looks at him. He hides from everyone except his family, only popping out now and again, before running for cover.
Then there is the weird incident in the park, he and his wife are set apon, by three bullies, who randomly beat him up because of his eyes. "WHY?", are we "STILL" in the playground. It lengthen the tale as now there is another problem to overcome.
The Heroine has been brutally raped and wishes to escape her abuser, after being compromised, marries the Hero. Things don't go too well to start with, but then suddenly all is resolved.
There is a second love story going on with all the same sort of stops and starts, then sudden resolution.
There are familiar characters and new ones who drift in and out.
I am left asking WHY his eyes? Bullied as a child yes, but mother still crying and society still acting as children, not believable. The narrator doesn't help this surreal story.

Narrator kept me from enjoying

After listening to Stevie Zimmerman’s narration of the first book in this series, what a disappointment! First the narrator is just not very good. Second, although not an expert on British accents, I thought Bunn had a more working class accent that really eliminated the magic of the story.

Ok, gets better toward the end

I have a hard time believing that heterochromia (two different colored eyes) would have been looked on in such a way - especially in an otherwise handsome, single man with money & a title. A few too many misunderstandings/failures to communicate but overall it's a sweet story about finding healing.

Narrators accent is all wrong

Decent book, but the narrator does not use the appropriate upper class accent and pronounces certain words incorrectly. Hard to listen to based on this.

Three of the main characters are so self-absorbed and generally idiotic that I found it impossible to sympathize with them. Their actions are repeatedly self-defeating and based on no logic whatsoever. I was unable to finish it.