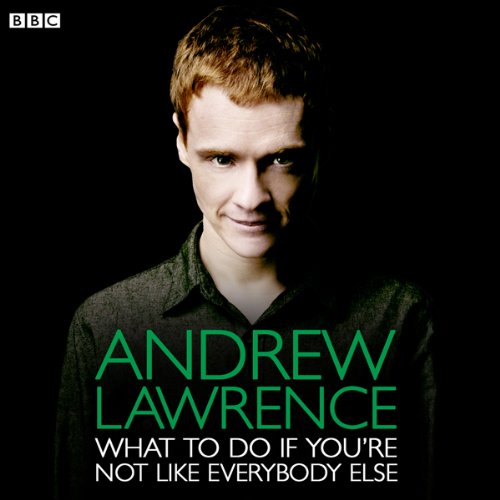 Andrew Lawrence: What To Do If You're Not Like Everybody Else

'What To Do If You're Not Like Everybody Else' is a four-part mini-series of short comedic monologues on BBC Radio 4. Written and performed by stand-up comedian Andrew Lawrence, it takes a light-hearted look at various aspects of conventional living and the pressure we feel to conform to social norms and ideals. In these four episodes, all recorded in front of a live audience, Andrew Lawrence examines such questions as 'What lengths do we need to go to to look good?', 'Do we really need to communicate with our fellow men?', 'How important is it to work?' and 'What does it mean to be in a relationship?' Andrew Lawrence is a double Edinburgh Comedy Award nominee and was a Chortle award nominee for Best UK Headline Comedian in 2010 and 2011.

On TV, he has been seen in BBC1's 'Michael McIntyre's Comedy Roadshow.'

What listeners say about Andrew Lawrence: What To Do If You're Not Like Everybody Else