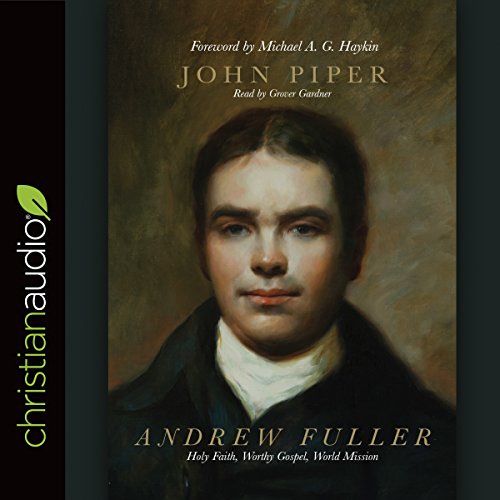 Missionary biographies often inspire enthusiasm, zeal, and urgency for missions among God's people. But how do Christians give their lives to missions if they feel called to remain in their homeland? In 1792, British pastor Andrew Fuller formed the Baptist Missionary Society, an organization dedicated to the promotion of mission work both at home and overseas. In this concise biography, best-selling author John Piper introduces listeners to this incredible Christian who - although he never served abroad himself - inspired the modern missionary movement that gave rise to such figures as William Carey and Hudson Taylor. Working tirelessly to raise funds for missionaries in the field and championing the importance of sound doctrine for fruitfulness in missions, Fuller stands as an example to all Christians eager to devote themselves to knowing, guarding, and spreading the true gospel of Jesus Christ to the ends of the earth.

What listeners say about Andrew Fuller

Short and profound, really encouraging in Christ especially in the importance of a right understanding of the gospel in order to do faithful mission.