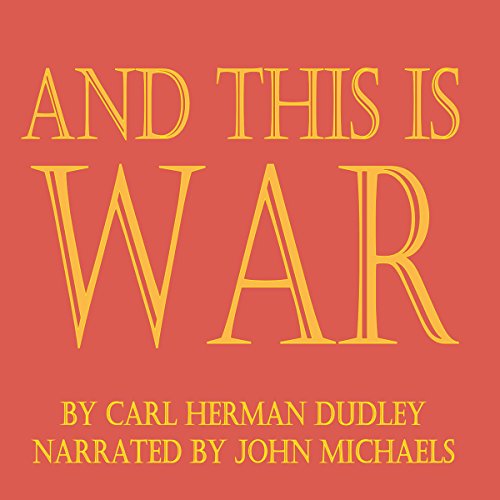 And This is War

In 1910, when "And This is War" was published, emotional wounds of the American Civil War were as yet unhealed. In Europe the winds of the next great war were beginning to stir, and in the United States a spirit of isolationism prevailed. This book does not glorify war, but rather condems all wars, with thirty-five related short stories that portray the heartache, sadness, hopelessness and devastation that accompany war.

What listeners say about And This is War

I bought this as some sort of atmospheric introduction to a longer reading list of audiobooks about WWI and WWII, but it was terribly boring and repetitive. There's nothing in it that anyone may not know already. Furthermore, the narration is close to awful. I used to work as an interpreter and I'm used to all kinds of voices, pronounciations and speech in general, so I seldom find audiobook narrators frustrating. However, this is such a case: the articulation is not clear and the pauses are in all the wrong places. Hard to follow even when the information is not new. Waste of time and money!