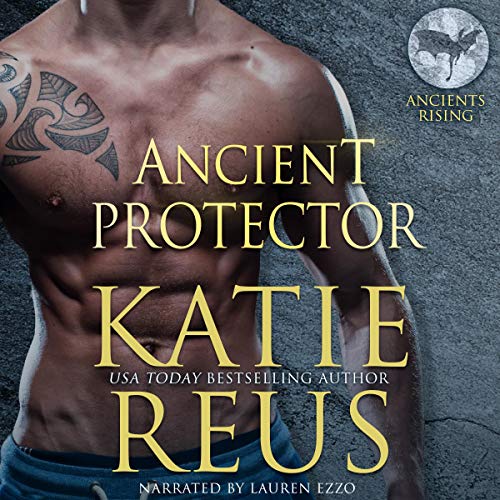 Even as he fights for their future...

With the world still rebuilding after massive dragon attacks, famous singer Star isn’t willing to rely on a stranger to protect her family, though dragon shifter Lachlan is difficult to resist.

Something about him is strangely familiar, but she doesn’t understand why. He’s already helped Star rescue her sister from a recent abduction, but trust doesn’t come easy when his kind has nearly hunted her race to extinction.

When her sister’s kidnapper launches another violent attack, Star has no choice but to accept Lachlan’s aid. But no matter that he’s stepped up to protect her, she’ll never allow the ancient Scottish dragon into her heart.

They’re bound by the past.

Lachlan lost the woman he was meant to mate, millennia ago. Unable to live in a world without her, his pain drove him to hibernation. He never thought he would move on - until Star. He’s well aware the feisty shifter is his new destiny, so if tailing her to New Orleans is what he has to do to be near her, then so be it.

When Star is attacked, Lachlan resolves to protect her at all costs. And he won’t have to do it alone. It will take Lachlan, his clansmen, and Star’s misfit band of friends to rain fiery vengeance down upon their enemy if she and her sister are to ever be truly free. Only then can he claim her and discover the shocking truth that lies buried in their past.

This is the first book in a new series.

What listeners say about Ancient Protector

ANCIENT PROTECTOR (Ancients Rising #1) By Katie Reus This is the start of a new series “Ancients Rising” and it is off to a great start. This is a spin off from the Darkness series and it features my personal favorites, the dragons. Lachlan is an ancient who went into hibernation for thousands of years when he lost his love. Star is a singer and when Lachlan woke up he was attracted to her the 1st time he heard her sing. She is on a quest to try to rescue her sister who had been kidnapped. Lachlan and Star are such completely lovable characters. This story brings us everything, drama, danger, intrigue, a sexy Scottish brogue accent, chemistry, devotion, and passion. We also get reconnected with some friends from the past. I am looking forward to the rest of this series. In the audio book Lauren Ezzo is the narrator. She does an excellent job. This is a 5 star read. Congrats Katie, on a winner!

I'm so happy that we are back into this world again. This is a spinoff of the Darkness series and I love seeing some of my favorite characters again. Especially the ancient dragon shifters. Out of all the dragon shifter books I have read, Katie Reus has created my absolute favorite dragons. They are dominant, territorial, and extremely possessive of their mates. Plus, they are so old, they come off a bit quirky in today's world. Lachlan's intensity right from the very beginning had me sold. Especially since all that intensity was aimed at Star. He proved he would do anything for her. That's exactly what I'm looking for in a hero. What Star was a mystery for most of the book. I did guess it, but I will admit I doubted my guess a couple of times. That just made it more fun. She was cool character. I don't normally like Alpha females but she was strong without being in your face about it. Plus she had some cool powers. I loved it and I want more. I'm glad this is the start of a new series. There are so many characters still to explore in this world.

Audiobook: Narrator - Lauren Ezzo This is my first audio with this narrator and I was more than pleased with her performance. She used a Scottish accent that I really enjoyed. Hearing that accent really added to the depth of this hero, Lachlan. I’d previously read the book but holy heck...listening really adds to the story! I am so excited that this author has decided to take us back into this world! Dragon shifters are my jam but Ms. Reus’ dragons are pure perfection. Lachlan was obsessively protective of Star and another great example of my type of hero. Star was labeled “Alpha” which can often turn me off a heroine instantly. Not so here. She was sweet and caring but able to make the decisions necessary to protect her crew. There’s a bit of mystery here surrounding this heroine’s origins. While it isn’t terribly hard to figure out, I was still anxious to verify if my guess was right or wrong. There isn’t really any relationship drama here as this story revolves around a villain and his intentions. This scenario is perfect to showcase the interactions between Star and Lachlan. With a quick pace, plenty of action, a touch of wit, and some amazing characters we’ll be seeing more of, I found this to be just what I needed to relax into another world.