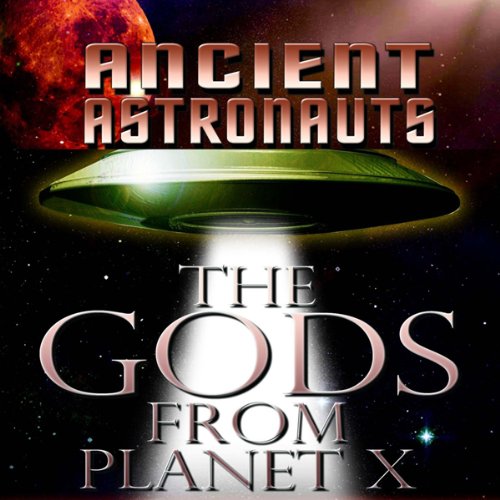 By: Reality Entertainment
Narrated by: Jason Martell
Try for £0.00

Do the stories in the Bible and other sacred texts speak of Gods or Extraterrestrials? The history of the human race and our true origins of where we come from can be traced back through archeology and a careful study of our past. Many of the world’s ancient sites and amazing artifacts still exist, showing ancient man’s use of advanced technology - but how was this knowledge gained?

In the early 1900's British archeologists began excavations in the ancient Sumerian city of UR. They discovered thousands of clay tablets, which detailed a time when the first civilized people, the ancient Sumerians, lived amongst their gods, which they called the "Anunnaki." They left many wall carvings showing their interaction with these beings depicting them with wings or coming down from heaven on winged disks. Wherever archaeologists unearthed these artifacts, the symbol of the winged disk was conspicuous, dominating temples and palaces, carved on rocks, etched on cylinder seals, painted on walls. It accompanied kings and priests, stood above their thrones, "hovered" above them in battle scenes, and was etched into their chariots.

The ancient Sumerians knew of the planet of the gods, called "Nibiru" now known as the "12th Planet" and understood that this planet had an elliptical orbit returning to the earth’s proximity every 360,000 years. The Sumerian sign for the 12th planet the "Planet of the Crossing," was a cross. The ancient Sumerians not only expected the periodic crossing of this 12th planet with the earth but charted its advancing course as they wanted to prepare for the coming rains and flooding as the strong gravitational effects of Nibiru created havoc on earth. Mesopotamian and Hebrew prophets considered Nibiru approaching Earth and becoming visible to mankind as ushering in a new era.

Learn of a time when there were "Giants upon the earth" and see the actual evidence and artifacts from a time when man lived amongst his living gods! Featuring Jason Martell, star of the History Channels "Ancient Aliens" series.

What listeners say about Ancient Astronauts

It's a recorded seminar

Information was interesting, but too noisy in the background. Hard to follow because of that