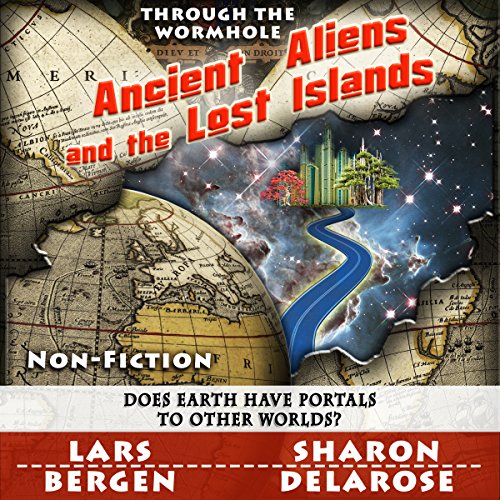 Ancient Aliens and the Lost Islands

Does Earth have portals to an extraterrestrial world? Do these portals lead to the legendary island paradise where the old grow young again? Our ancestors believed in a physical place that promised health, happiness, and immortality. Today we consider the old legends to be myths, nothing more than sailor's fish stories. Yet some of the most prominent names in history devoted their entire lives to searching for the lost island of paradise - and they found it.

One or more islands were hidden on the other side of a portal, or wormhole, which made the islands accessible to Earth. Extraterrestrials such as the Nordics and giants lived among us on both sides of the wormhole. They traveled from their world to ours and exposed our ancestors to advanced technology that we had no words for, except to call it magic.

We described magic boats, magic mirrors, people with magical powers, and other wonders that seemed beyond belief. The magic was nothing more than motorboats, radios, computers, electricity, voice activated GPS systems, remote controls, prosthetic limbs, advanced medicine, revolving castles, and cloaking technology. We've already achieved most of this magic ourselves. The extraterrestrial visitors had even unlocked the secrets of aging, and for a while our ancestors had access to it.

On the other side of the wormhole, we saw a sun that was different from our own, and cities or castles suspended in the air. These extraterrestrial cities were described as being "not on Earth". Time flowed differently and you didn't come back to Earth in the same year that you left it. Historic documents all around the world spelled it out for us.

What listeners say about Ancient Aliens and the Lost Islands

loved this. puts a lot of good ideas forward and facts seem to fit the history.

Yes, this book is packed with information you were not previously aware of.

What other book might you compare Ancient Aliens and the Lost Islands to and why?

This book...is amazing. If only there were a different narrator. There are worse, and you get used to him - but if only someone was reading it to you instead of reading it AT you. Pet peeve; it comes across lecture-style with a delivery as this. Please Sharon, if you release another - require a new narrator be used. The fact that this man is the same voice from the actual Ancient Aliens show... does not help in any way.

I did enjoy the book. There were many parts, legends I had heard before and many I had not. I liked the possible paralleling of Irish and Norse myths. The information on the saints was new to me. will look at more from this author.

This was a journey.

If your A fan of Ancient Aliens you will love this book. It is like being on an expedition with Indiana Jones..

The worst narrator EVER!!!

I like the stories but if feels like the narrated is angry at you. It's like he is reading a manual on how to put a computer together. He has no rhythm or cadence to his voice, no inflection. It's robotic and monotonous. I may not be able to finish the book which is too bad because I like the content.

A lot of information

I use these books to obtain different subjects to investigate. I love these books! The writer gives references to so many people, events and books, it's hard to keep up.

There were a lot of legends and information described that I had never heard before. I can definitely see where some of Tolkien's inspiration came from for the Lord of the Rings and the Silmarillion. The flow of the book was choppy and seemed to repeat the same information from chapter to chapter based on different areas being focused on. There were some mispronunciations that were distracting such as continence instead of countenance. Overall though I found this book to be entertaining and thought provoking and in the same vain as Supernatural by Graham Hancock or books by Jacques Vallee tying the legends of Elves, giants and gods to Aliens and that they have been with us since the beginning of modern man.

Author cut off trains of thought and refered to other books, doesn't address title subject thoroughly.

It was just ok. The Narration was read at me. The material was interesting but I could only listen so long at the pace and tone provided.