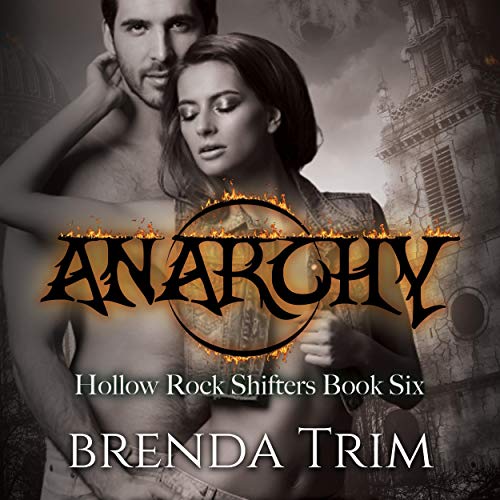 By: Brenda Trim
Narrated by: Cliff Bergen
Try for £0.00

Zane Walker aligned himself with Lawson and his kind in their fight for shifter rights. He can’t ignore the call to help when he sees the injustice. Likely because he is a half-breed. It doesn’t matter if he can’t shift and has few characteristics in common with them. Ensuring their safety becomes his top priority. The laws previously in place regarding shifters do nothing to protect them when they are attacked from all sides.

If he hadn’t been invested before he met Brenlee, he would have jumped on board to ensure she was safe. The sexy shifter captures his interest and holds it. Dangers rise, and the last thing either of them need is to become more involved.

Soon, it’s not safe for shifters to venture outside the confines of Safe Haven. Zane’s life is on the line, and only his suppressed shifter side can save him.

Will he be able to connect to his dormant animal before he perishes?

What listeners say about Anarchy

Anarchy, the fourth book in the Hollow Rock Shifters series was a fantastic listen. It's well-written, well-plotted, and engaging with appealing characters; I was hooked from start to end. The storyline has all the components of a great paranormal romance, drama, romance, suspense with some unexpected twists, and turns. Zane and Brenlee were perfect together with scorching chemistry; I thoroughly enjoyed their journey.

Outstanding narration by Cliff Bergen, he portrayed the characters' personalities, emotions and their connection, bringing them to life. Overall, Anarchy was an excellent addition to the series, one I'll highly recommend. I was given a free copy of this audiobook at my request and have voluntarily left this review.

I thought this book was ok but it was definitely better than the first book which I DNF. I liked the characters well enough and the story was ok as was the narrator. Dual povs and an HEA.

I was given this audiobook at my request for my honest review.