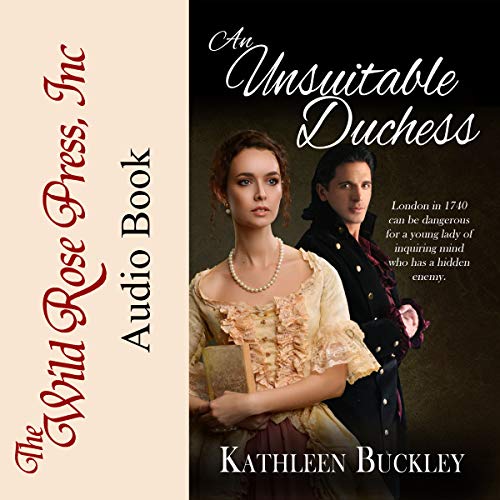 After her guardian’s death, Anne Sinclair comes to town seeking a man with broad interests rather than broad estates. She possesses a competence and a pretty face, so why did her late guardian think it might be difficult for her to make a match? The question becomes urgent when she discovers that London can be perilous for a young lady of inquiring mind - especially when she has a hidden enemy.

Lord John Anniscote unexpectedly inherits the title and responsibilities of his dissolute brother, the Duke of Guysbridge, including houses, servants, tenants, and the need to provide himself with an heir. Formerly poor, cynical, and carefree, he finds himself hunted by marriage-minded females. When a plot against a young lady up from the country touches his honor, can the new duke safeguard her reputation and repair his own?

So glad I read the reviews and spent a credit on this book. Intelligent, well written without the glaring anachronisms infecting too many historical romances. Beautiful interpretation by narrator Fiona Honan-Bowes. Looking forward to more books from Kathleen Buckley.

The story is very confusing. There is a journal entry at the beginning of some of the chapters that does not make sense. It is just like a writing exercise for the author. Unfortunately this is not a creative writing class. The editor should have made some attempt to tighten up the story. Nothing about the journal entries relates to what happens in the story.
The actual story is very confusing, Characters are acting in ways that are weird..and new characters come out of no where . It's just a series of ridiculous events.
The heroine is "abducted" twice ...she is an idiot that can't seem to learn, but is suppose to be a smart bluestocking?!? None of the characters inspire any connection, so I ended up not caring what happened.Dialogue is odd and I try to keep up with what's going on, but cant figure out the motivations of the characters. They do the oddest things.
This was a waste of time and a credit. Don't bother as there are much better books around.
The narrator can't do male voices, so the men end up sounding like women. When the young men are in a scene with the older women, they all sound alike, so it' hard to understand who is providing information to the scene.
3/4 of the way through and I give up!!