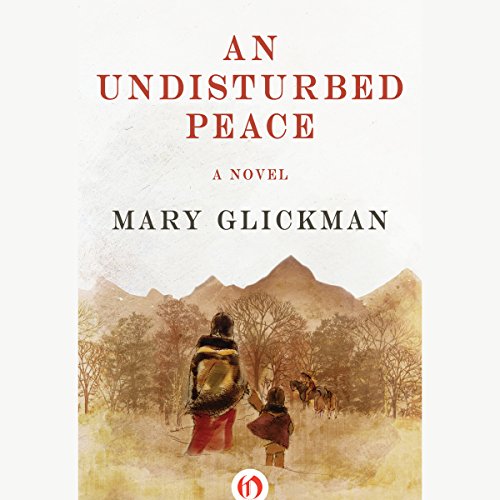 This sweeping historical novel tells the story of the Trail of Tears as it has never been told before.

Abrahan Bento Sassaporta Naggar has traveled to America from the filthy streets of East London in search of a better life. But Abe's visions of a privileged apprenticeship in the Sassaporta Brothers' empire are soon replaced with the grim reality of indentured servitude in Greensborough, North Carolina.

Some 50 miles west, Dark Water of the Mountains leads a life of irreverent solitude. The daughter of a powerful Cherokee chief, it has been nearly 20 years since she renounced her family's plans for her to marry a wealthy white man.

Far away in Georgia, a black slave named Jacob has resigned himself to a life of loss and injustice in a Cherokee city of refuge for criminals.

A trio of outsiders linked by love and friendship, Abe, Dark Water, and Jacob face the horrors of President Jackson's Indian Removal Act as the tribes of the South make the grueling journey across the Mississippi River and into Oklahoma.

An Undisturbed Peace is strong and powerful

OMG!! What a story! All of us have read our history books about the settling of America and such events as the Indian Removal Act, but it takes a story about the people, the impact of greed, unethical power, and the devaluing of human beings, to understand what really happened and how Native Americans were lied to, cheated on and killed. This is a must read so that history can never repeat itself in the prevalence of lies, greed, etc. again!!! It also shows the power of love, the integrity, inner strength and resilience of a proud people and the people who could see and appreciate them. You must get this book. You won’t put it down !

A wonderfully told story of a dark time in our history. A novel, a historical novel, worth the read.

A pitiful story made long by poor reading

The story provided only brief glimpses into the national tragedy inflicted by the American government on American Indians. Appropriately but inadequately, the story unwound about two individuals in an interracial marriage and an outsider's interaction with them.

The story however was rendered laborious and less effective by the monotonous, expressionless delivery.

Maybe just reading the story instead of listening would be better? I’m afraid not.

Not about the Trail of Tears

This book is about a white man who lived in Cherokee Country around the time of Andrew Jackson’s Indian Removal Era and only mentions the Indian Removal to establish a timeframe. From the review, I was expecting to read a lot about the Removal and it’s effects on the Cherokee and was very disappointed to discover that the book merely touches on Indian Removal at the very end and whitewashes (pun intended) the horrors suffered by the Cherokee and other Eastern tribes that were subjected to it. The author focuses on Abraham’s trials and tribulations as opposed to those of his Cherokee characters. His portrayal of Marian/Dark Water is laughably close to Disney’s animated movie portrayal of Pocahontas. Please stop using the misleading statements about how this novel recounts the (brutal) removal of Cherokee from their homelands to rope people into buying and reading this book because nothing could be further from the truth. I demand my Audible credit back,

Really enjoyed this book. So much history and really learned history. Definitely will read again. Must read if you enjoy history Of Native Americans.

This book sounded very interesting however, I cannot finish it. The long uneventful monologues by each Marian, Abe, and Jacob are just too much. I have stopped on chapter 7, and they have not yet started the relocation. (Audio book listener)