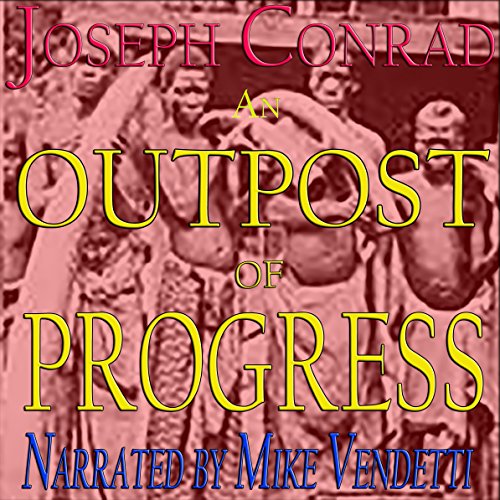 An Outpost of Progress

By: Joseph Conrad
Narrated by: Mike Vendetti
Try for £0.00

Award-winning narrator Mike Vendetti reads this Joseph Conrad classic tale of two white traders, Carlier and Kayerts, comical and pathetic, who move from polite society to the Congo, where they hope to become wealthy on the "Dark Continent" by spreading commerce and civilization to black Africa. But as was often the case, the longer they are away from civilization, the more the refinements of civilization slip away, along with their sanity.

Like modern society in general, Conrad suggests, Kayerts and Carlier lack "all independent thought, all initiative", and once they are taken from the customary social rituals and institutions that support them, they are powerless. The men are overwhelmed by their own emptiness. They are unable to describe what they are feeling, but they know they've changed, and not for the better. They are descending into confusion, fear, and loathing. Sparked by an argument over sugar, Carlier gives way to his emotions, calling Kayerts a "slave-dealer". Kayerts is unable to accept the truth and responds violently.

What listeners say about An Outpost of Progress

A masterpiece of short fiction

Loved it! It is an exceptional, underrated story, written by an often misunderstood author, performed exquisitely in precisely the manner of tone which the novel suggests. Wonderful!