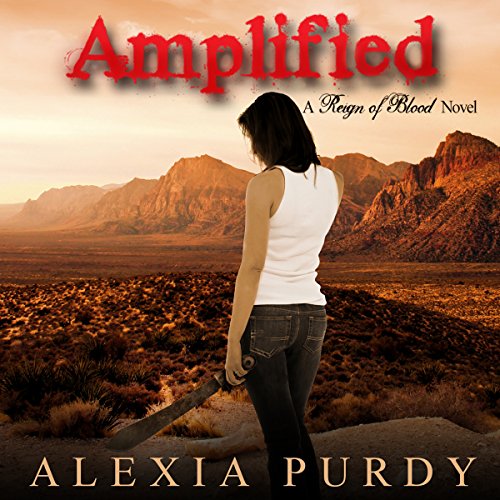 Who wants to be the prey in a world full of hunters?

In the aftermath of the end of her world, April Tate decides that it's high time to leave the city that never sleeps, Las Vegas. After learning the origins of a Zompire Plague remedy, she risks her life to steal the antidote, makes the decision to separate from Jeremy for a while, and joins a small band of new and old comrades on a trip to the Pacific Coast. There they search out a legendary hive of vampires who are more than just wild, blood drinking creatures, they could be the very people she needs to help her.

On a mission to save the last of humanity, April will use the antidote to save some from eternal damnation, but will her decision bring hope for the future or create an ever bigger, unforeseen devastation?

I really enjoyed this series and can't wait for more. I loved April and Rye's Story an how she finds her friend after so long. it makes you wonder if this will actually happen. And if it does would we survive.. I love how Alexia brought all the different parts of Vegas together old and new. I truly enjoyed reading the series.

Would you listen to Amplified again? Why?

Yes, because I love the drama that the narrator puts into the story. And, the story itself is good.

My favorite character is Elijah. He's strong and doesn't let things get to him. Very level headed but, knows when to step up and help.

What about Anne Marie Susan Silvey’s performance did you like?

I loved everything! She's an amazing narrator.

Hands down one of my favorite authors and series!!!

Wow! I've read the book twice and didn't think I could love it anymore. but listening to it takes it to a whole new level. Amplified lives up to its name. It's a wild ride right from the start and will keep you up late in to the night. I love this author, this series and book 3 does not disappoint. I love the strength of the friendships and seeing the humanity in April come out as she struggles to adapt to this new life. It keeps you guessing with the unexpected twist and turns and I love the way the book ends. 5 stars in my book! Bring on book 4 and bring on the movie!!