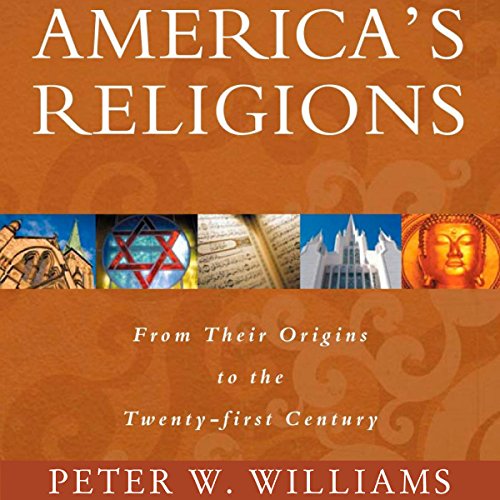 In this comprehensive survey, Williams offers concise descriptions of the background, beliefs, practices, and leaders of America's most influential and distinctive religious movements and denominations. Thoroughly revised and updated, this third edition of America's Religions incorporates the latest scholarship on religion, and considers timely issues such as status of Muslims in the United States after September 11, 2001; the impact of religion on American politics, especially concerning the emergence of the religious right; and the intense battles fought between the Catholic Church and other denominations over the status of gay marriage and accusations of clergy members' sexual abuse.

"This work is unmatched in its usefulness for students and educators, lay readers, and professional historians to think more clearly about the complexities of religious life in America." ( The Historian)
"A towering achievement." (Randall Balmer, author of Religion in Twentieth-Century America)
"This volume ranks among the clearest, fairest, and most comprehensive surveys of the history of the American religious experience... will serve as a standard guide to the subject for academics as well as general readers for years to come." (Grant A. Wacker, author of Heaven Below: Early Pentecostals and American Culture)

What listeners say about America's Religions

This was very detailed and hard to listen to because the different editions seemed to continually re address the same thing. Very bad for audio format when you can't look back